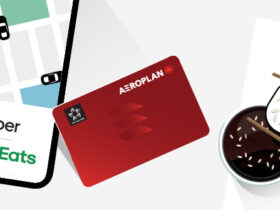 You Can Now Earn Aeroplan Points With Uber Canada

Existing Touch can update their Melomania app to the latest version and download the latest firmware to benefit from these enhancements that include:

Lower background noise during voice calls and also when Transparency is enabled. Improved volume control with TWS+ enabled phones. Volume is now fully muted when the volume is set to minimum. A new Neutral EQ preset.  EQ preset previously named Balanced has been renamed Immersive, the EQ remains unchanged and is the default after a firmware update. Improved operation of auto power on/off and the associated LED indication

Cambridge Audio CEO, James Johnson-Flint remarks: “Cambridge Audio’s engineering team is committed to the constant innovation and evolution of the Melomania series of products by listening closely to customer feedback, and this latest update reflects that.”