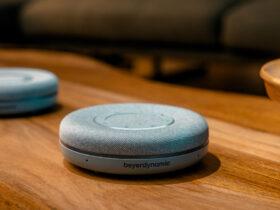 Intel dropped the other shoe at CES 2023 announcing its mobile family of 32 13th Gen Raptor Lake processors in all price levels. The new flagship Intel Core i9-13980HX is the first 24-core and 32 thread processor for a laptop and world’s fastest mobile processor at 5.6GHz out of the box. It closes the gap between laptops and desktops like last September’s 13th Gen Intel Core i9-13900K for desktop launch with 5.8 GHz out of the box and the same number of cores and threads and the ability to overclock both for faster performance.

Desktops still have an edge in speed, using virtually unlimited electrical power supply for CPU and GPU processors compared to the obvious restraints battery powered mobile computers require. But the top tear Intel Core i9-13980HX powered laptop offers the next best performance for mobile creatives and gamers. The rest of the processer SKU’s below, are designed to meet the needs for every budget and functionality.

The lowest SKU group, new 13th Gen Intel mobile processor i3 family below,  trickles down to the just as importantly most affordable laptops as Intel Pentium and Intel Celeron processors fade away. Intel is introducing, value priced computing for the education and consumer segments.

The Series Breakdown of the New Processors

“The 13th Gen Intel Core mobile processor family delivers unrivaled, scalable performance for leadership platforms across all laptop segments,” said Michelle Johnston Holthaus, executive vice president and general manager of the Client Computing Group at Intel. “With our industry-leading technologies and unmatched global partner ecosystem, people can expect a high-caliber mobile experience in new and unique form factors – so they can game or create from anywhere.”

Here is how each category rolls out with new features:

For the first time, select designs based on 13th Gen Intel Core processors will feature the Intel Movidius vision processing unit (VPU). Resulting from deep co-engineering with Microsoft on its new Windows Studio Effects, the AI-heavy tasks required for professional-grade collaboration and streaming can be offloaded to the VPU, freeing the CPU and GPU for other workloads or multitasking.

Across H-, P- and U-Series, the new mobile processors will elevate performance for the next generation of enthusiast designs, thin-and-light laptops, foldables, 2 and 1s and other form factors. More than 300 unique designs are expected this year from Acer, Asus, Dell, HP, Lenovo, MSI, Razer, Republic of Gamers, Samsung and others.

Intel also announced an expansion of the Engineered for Intel Evo program which extends the high standards of verification and co-engineering to accessory partners. In addition to Thunderbolt 4 docks, monitors, storage and wireless headsets, new accessories like mice, keyboards and access points from key partners join the Eco program moving forward.

The new Intel Processor Core i3 in the N-series family of products will replace the Intel Pentium and Intel Celeron branding for the education segment and entry-level computing and IoT edge native applications. They feature:

These processors are designed for education and consumer segments that need a lower, value-oriented price point, but still require performance and high-quality experiences in areas like video collaboration and productivity. More than 50 designs from Acer, Dell, HP, Lenovo and Asus are expected in 2023 as Intel drives ecosystem partnerships for ChromeOS and Windows.