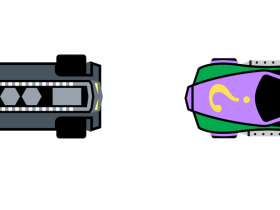 Batman and The Riddler Can Now Help You Navigate Via Waze

Gemsen, a national consumer electronics distributor representing brands such as JL Audio, Krell and Elipson has announced the immediate appointment of David DaCosta, who will represent the Gemsen HiFi division for the province of British Columbia.

DaCosta have been in the consumer electronic industry for almost 30 years with 20 years at Sanyo Canada as Manager of Major Accounts and with AVS Technologies/Synnex Canada for three years as Manager of Major Accounts. He then went on to open his own sales agency representing brands such as; Soul by Ludacris, SMS, Marshall headphones and BT speakers, ReTrak, IK Multimedia, Polk Audio, Monster, Urbanears headphones, Audio Pro, Audio Technica, Polk Audio, Dennon, Marantz and more.

He understands the needs of both big box retail and the independent channel and has a strong connection and affinity for helping independent retailer’s grow.

Mike O’Connor, Senior Vice President, Gemsen Group of Companies commented “We are extremely excited to add David to the Gemsen HiFi team. This will give the BC dealers the representation and expertise they deserve.