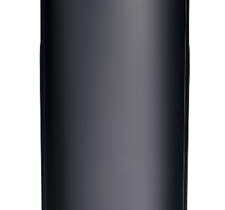 Following the footsteps of amplifier company Marshall introducing Marshall headphones, UK amplifier brand Orange is doing the same. Orange has provided the sonic oomph for many, many musicians since the company launched over 50 years ago in 1968. Led Zeppelin’s Jimmy Page first decided to use Orange amps in 1970, Noel Gallagher from Brit band Oasis made use of the company’s amps for their first album, ZZ Top selected Orange for the band’s 1997 “Get Rhythmeen” tour, pop queen Madonna once asked the company to supply amps that color-matched the stage setting for shows, Slipknot’s Jim Root has his own signature Terror head, and guitar goddess Orianthi, who has collaborated with Michael Jackson, Carrie Underwood, Alice Cooper and Richie Sambora, became an Orange ambassador in 2018.

Let’s quickly recap the given specs of the headset. The headphones utilize 40-mm drivers and have a rated 20 Hz to 20 kHz frequency range, 126 dB (1 kHz at 0.5 VRMS) sensitivity and 16 ohms impedance. They offer passive isolation from the outside world, but the cushions are deep and large for a comfortable fit and decent seal – which means that outside noise does get noticeably reduced. Meaning, the headphones are of circumaural type, which means the earcups enclose, rather than rest on, the ears… my favourite type of headphones.

In the box, along with a USB charging cable and an oval-shaped travel case, there’s an audio cable. Plugging one end into the port on the underside of the right earcup disables the power and the headphones become regular old analog earphones. I’d say that the sound of digital audio files got something of a quality bump in this mode, even when not helped along by a digital-to-analog converter, which is a welcome compensation for having to cable up when the battery runs out.

Using my local Canada Post scale, these headphones weigh in at 258 g (9.1 oz) – to me they feel pretty light on the head, which is good for the kind of long-haul music listening that the, up to 27 hours of per charge, battery life caters to.

At each stop along the way, the Crest Edition headphones delivered a balanced, tight and vibrant listening experience. It’s not quite studio monitor good, but at this price point I was quite impressed by the overall sound quality. I did need to up the volume on both music source and headphones to get the best from these over-ears as the delivery just wasn’t as nice at lower volume levels. And those fond of booming bass at the expense of everything else have to look elsewhere as these are closer to studio monitor characteristics than most (if not all) headphones in this price range.

Removing the headphones during playback won’t cause the music to stop like it does with some other Bluetooth models. Taking calls by tapping the side of the earcup seemed natural enough and callers came through loud and clear, though it was noted how quiet I sounded when talking over my mobile.

Overall, I’m truly happy with the Crest Edition. I personally would use it more as wired headphones to listen to music from my Sony NW-A55 although using Bluetooth with said DAP results in nearly identical sound quality. I like the oomph from the bass region while not being too overpowering at the same time thus retaining the sonic fidelity of the original recording. Not audiophile, but I like it a lot nevertheless. For C$165, the Crest Edition is highly recommended.