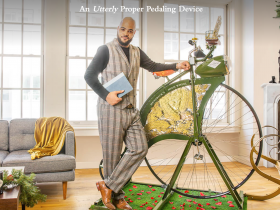 Fujifilm has announced several firmware updates that are now available for the X-H2, X-H2S, as well as the XC15-45mmF3.5-5.6 OIS PZ lens and FT-XH file transmitter accessory.

The firmware update includes an Enhanced Subject Detection Function based on Artificial Intelligence (AI), and improved subject detection for existing subject types. Subject detection performance has been improved in situations that were previously difficult to detect, such as backlighting, subjects looking sideways, and small subjects.

There are also ne subject types: in addition to being able to detect human faces and eyes, animals, birds, automobiles, motorcycles, bicycles, airplanes, and trains, the subject detection function is now capable of recognizing insects and drones, listed in the menu as “bird” and “airplane,” respectively.

The AF focusing speed has also been improved when continuous shooting is started by simultaneously pressing the AF-ON button and the shutter release button while the camera is out of focus.

Further, the display lag that was noticeable before and after AF will not appear, when set to “Performance Boost EVF Frame Rate Priority.”

X-H2S is now compatible with Tripod Grip TG-BT1. By pairing with a compatible camera via Bluetooth, the remote operation for both stills and video will be enabled. When a lens equipped with power zoom is attached, the T/W button can be used for zoom operation. Compatible lenses are XF18-120mmF4 LM PZ WR and XC15-45mmF3.5-5.6 OIS PZ. Use the latest firmware for XC15-45mmF3.5-5.6 OIS PZ.