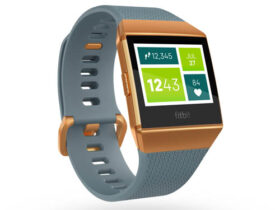 iRobot has started rolling out the latest Genius 4.0 Home Intelligence software for its Wi-Fi connected Roomba robot vacuums and Braava jet robot mops. Updates include, among others, several new features for the i3 and i3+ robots, new object detection for the top-line j series models, and more.

The i3 and i3+ robot vacuums, which will be sold as the Roomba i3 EVO and Roomba i3+ EVO robot vacuums in the Americas moving forward, now include Imprint Smart Mapping, room-specific cleaning preferences, Siri shortcut integration, Child & Pet Lock (for the s9/s9+, j7/j7+, i7/i7+, and Braava jet m6 robot mop), and Do Not Disturb modes. With Smart Mapping, you can create customizable smart maps and send vacuums like the s9/s9+, j7/j7+, i7/i7+, and Braava jet m6 to clean specific rooms via the app or voice assistant; though some vacuums do not support Keep Out Zones or Clean Zones. You can also receive estimated cleaning times and create cleaning routines based on a preferred schedule. The models will also be sold at a new lower price, starting at $450 in Canada for the Roomba i3 EVO and $700 for the Roomba i3+ EVO. The update also expands the list of objects the Roomba j Series models can recognize and avoid to include clothing and towels.

In addition to Google Assistant and Amazon Alexa, iRobot has expanded suppor to include Apple Siri voice control as well. Owners of Wi-Fi connected Roomba robot vacuums and Braava jet robot mops who use an iOS device will have the option to connect their robot to Siri in the iRobot Home App. You can set up custom phrases to say things like, “Hey Siri, ask Roomba to clean everywhere.”

Child & Pet Lock via the iRobot Home App is an option that temporarily disables the physical “Clean” button on Wi-Fi connected Roomba and Braava jet robots. Once activated, the robots can only be controlled through the iRobot Home App, eliminating the need to quickly end an accidental start.

Another new feature is iRobot’s NAP Commitment (Never Awake People or Pets). With the Do Not Disturb feature, you can use the iRobot Home App to define windows of time in which the robot should not run, like when everyone is typically asleep or when you know you’ll be in a virtual meeting.