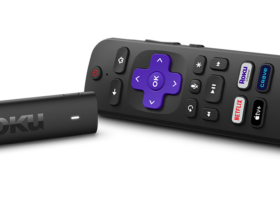 Based on new data released by Interac, the financial payments company that is used over 20 million times per day, Canadians are feeling financially squeezed, with nearly nine in 10 (86 per cent) finding their money isn’t going as far today as it used to. With inflation and rising interest rates adding to the pressures on households, research commissioned by Interac shows that two thirds (67 per cent) of Canadians are practicing ‘intentional spending,’ the action of making purposeful purchasing decisions that live up to their financial goals and personal values.

Today, the majority of Canadians (67 per cent) are carefully planning their purchases, and over half (55 per cent) say they are less likely to spend on impulse purchases than they were before the pandemic. The Interac data shows that six in 10 shoppers (62 per cent) want tools which encourage intentional spending. Today, Interac launched Sound Shopping, a new music track that provides a balanced backdrop to the shopping experience, intended to promote mindful spending at a time of financial anxiety.

To ease such retail anxiety, Interac has released a song intended to be listened to while consumers browse a retail store where the sounds are designed to promote calm versus anxiety and to lead to a more “intentional versus impulse shopping experience.”

“Research validated our belief that Canadians were looking for support in maintaining the intentional spending behaviours that were established over the course of the pandemic,” said Nader Henin, AVP, Digital and Retail Commerce Products, Interac Corp. “The release of Sound Shopping follows a period of both rising retail transactions and Interac Debit use, highlighting the need now, more than ever, for Canadians to feel in control of their spending.”

“Music surrounds us when we shop, but we rarely stop to think about the emotional responses which are elicited by tempo, mode and instrumentation, and the impact it can have on our behaviours,” said Valentin Fleur, Managing Director at Sixième Son, the sonic branding agency which created the Sound Shopping track. “The music we created is designed to span the length of a 20-minute shopping trip and uses all of these elements with the intent to trigger a more mindful shopping experience.”

“As shoppers turn to Interac products to help them maintain more control over their money in new economic times, we’re looking for creative ways to help them spend more mindfully,” said William Keliehor, Chief Commercial Officer at Interac Corp. “Earlier this year we developed a sonic ID and continuing our focus on sound felt like a natural extension. Music has traditionally been used to fuel purchase behaviours in retail, and we wanted to experiment with the ways it could positively impact and help add mindfulness to the shopping experience. We created the ‘Sound Shopping’ track with this in mind.”

Interac transaction data shows Canadians used Interac Debit to conduct nearly 7 per cent more transactions this past summer as compared to spring 2022 and the spending amount rose almost 6 per cent. While summer is typically associated with higher spending volumes, the data shows a net increase in Interac Debit spending of 2 per cent, as compared with June-August 2021. This increase is particularly felt in the hospitality sector, with Interac Debit spending at eating places increasing nearly 60 per cent in the summer of 2022 versus 2021.

A mindful moment: Six in 10 Canadians (63 per cent) are spending more on essentials than they were even three months ago and more than half (54 per cent) say inflation is making it more difficult to afford the things they need. Interac transaction data shows Interac Debit spending on gas and groceries has increased approximately 9 per cent and 4 per cent respectively in the last three months. Canadians are making an effort to purchase what they need rather than what they want (65 per cent), to be more considerate with their spending (57 per cent), and only purchase items with personal meaning (33 per cent).

The power of a pause: More than six in 10 Canadians who practice intentional spending (64 per cent) pause and think about purchases before making them. When it comes to making non-essential purchases, the Interac study shows that taking at least a one-day pause before completing the transaction often leads to increased satisfaction.

Taking back control: At a time when money worries appear to be rising, less than one in five Canadians (18 per cent) link intentional spending with feeling restricted. Instead, nearly eight in 10 (77 per cent) have positive associations, including feeling in control, disciplined, thoughtful, empowered, happy and considerate. Debit can be a helpful tool when it comes to maintaining control of spending; four in 10 Canadians (44 per cent) say they are hesitant to use credit and prefer to only spend the money they have.

Pressures and perspectives: As Canadians enjoy fewer restrictions than they did during earlier stages of the pandemic, the opportunities and temptations to spend are rising. Different demographics face different pressures. Fifty per cent of Gen Z adults report they are spending more money because of increased social activities, compared to 20 per cent of Boomers. Meanwhile, Interac transaction data shows that Interac Debit spending at restaurants and eating places has increased by 7 per cent, bars by 15 per cent and theatres by 22 per cent in the summer compared to the spring of 2022.

Bargain boom: The pandemic had a profound impact on the spending habits of many Canadians, as nearly half (47 per cent) say they now look for deals and sales when shopping. Interac transaction data shows that spending at discount retailers is rising, with Interac Debit volumes at discount stores increasing by 7 per cent in the summer of 2022 over the summer of 2021, while spending at premium stores retracted by 1.5 per cent over the same time.

Canadians can visit interac.ca/en/sound-shopping/ to put the Sound Shopping track to the test for themselves on their next shopping trip. They can also browse a variety of tips and advice to help focus on mindful spending, published on the Interac blog In The Know.