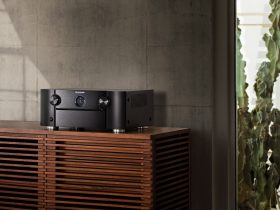 WiFi HiFi is saddened to announce the passing of Shaw Communications Inc. founder, Executive Chair, and former CEO, JR Shaw, who passed away peacefully yesterday at the age of 85.

“My family and I are at a loss for words and are deeply saddened at JR’s passing,” says Brad Shaw, CEO of Shaw Communications. “JR was the founder and leader of our company, but he was also an exceptional husband, a loving father, grandfather and great grandfather. His legacy of love and compassion for people will live on for generations.”

For over 50 years, JR established himself as a network builder, growing Shaw Communications Inc. into one of Canada’s leading connectivity providers, serving over seven-million subscribers with cable, Internet, voice, satellite, and wireless services.

“I spoke to JR every day about the business,” says Brad Shaw. “He was engaged and interested in everything the company was doing – from the latest technology being rolled out to how we were meeting the needs of families across Western Canada. We know we will miss his smile, his advice and his encouragement, but all of our people know that JR would want us looking out for each other, for our neighbours, and serving our customers to the best of our abilities. Our tribute to him will be to continue to grow the business he loved.”

JR stepped down as CEO of Shaw Communications in 1998 when his eldest son, the late Jim Shaw, took over. Current CEO, Brad Shaw, began in the role in 2010. JR continued to remain active in the company he built, however, serving as Executive Chairman.

“JR was an icon in the industry, and he was extraordinarily passionate in delivering connectivity and customer service to millions of Canadians,” says Paul Pew, Lead Director, Shaw Communications. “His vision and insight combined with his warmth of character created a magic touch among everyone who knew and worked with him. His remarkable legacy will live on through his family’s continued leadership of the company.”

In accordance with the Company’s succession plan, the intention of JR and the Shaw family, and with the support of the Board, Brad Shaw will assume the role of Executive Chair on an interim basis in addition to his role as CEO. The Company’s intention is to confirm this appointment at the upcoming April 9, 2020 Board meeting.

In 1966, JR founded Capital Cable Television Co. Ltd., a start-up cable provider, to offer people more choice and greater access to TV content. Capital Cable went on the air in Edmonton for the first time in 1971 and connected its first cable customer that same year in Sherwood Park. Over the decades, and under the leadership of JR, Shaw rapidly expanded through acquisitions and organic growth opportunities.

The Company built a substantial radio and television broadcasting group that was eventually spun out as a separate public company, Corus Entertainment. In 1996, the Company introduced Western Canadians to the Internet, and in 2005 Shaw, launched its home phone residential service.

In addition to his significant contribution to the growth of Shaw Communications and to Canadian business, JR Shaw was a passionate supporter of Canadian art and artists, and numerous local and national charitable causes. JR has been recognized with numerous awards and honours, including being named Officer of the Order of Canada, a recipient of the Alberta Order of Excellence, honorary degrees from University of Alberta, University of Calgary, and Graceland University in Lamoni, Iowa and being named a proud member of the Canadian Business Hall of Fame and the Cable Hall of Fame. JR was also instrumental in the creation of the Shaw Charity Classic, Calgary’s legendary stop on the PGA TOUR Champions that has raised more than $48 million for Alberta charities since 2013.