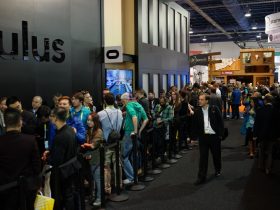 “This is definitely not a situation where we have just changed the name on the door” stated Scott Trotter, Staub’s President, who is in Mississauga this week overseeing the final touches on the building, prior to the distribution centre opening for business.  Not much will be recognizable to those familiar with the old AVAD location where Staub has given the whole space a rethink and upgrade to be more aligned to the Staub team culture. Glass walls, a dedicated staff dining space, and 12 seat boardroom are all amenities creating an inviting space but what pleases Trotter the most is the inventory on hand.

“Supply is king” says Trotter who explains the company doubled down on purchasing during Covid.  “We saw an opportunity when other organizations were contracting and decreasing their inventory levels, for us to expand ours” says Trotter who ball-parks the additional on-hand inventory for the Mississauga location to surpass in value the inventory levels of the original west coast distribution centre.  “What you are seeing is brand new inventory, not a relocation of existing inventory from our Richmond location” says Trotter.

“While we have done a great job servicing just-in-time inventory and next day delivery from our west coast location, we feel we have actually been under-performing in the Ontario market when analyzed on a per capita basis, we anticipate that to change now that we have made a meaningful localized inventory commitment” explains Trotter.

Trotter may have underestimated the size and importance of the will call business. “We have several west coast dealers that visit our Richmond BC location every day.  That’s just how they like to do their business, which of course has not been something we could offer our GTA customers until now” adds Trotter who says the company is also exploring technology that will offer after-hour pickup.

Staub Mississauga is located at #4 – 5655 Kennedy Road and the company will announce a dealer open house in the near furure.