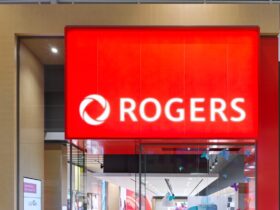 If you are visiting Wifi Hifi that means you have an interest in tech or you work in tech, so how is it that we are not all multi-millionaires based on loading up on stocks that we just knew would be winners in a pandemic?  As soon as March rolled around, we should have all been doubling down on Netflix, Amazon, Square, Facebook and Spotify.  We live and breathe tech so how did we miss investing in tech? But alas, as they say, hindsight is 2020!

With people having more time on their hands due to COVID-19 lockdowns music streaming, which includes revenue from paid services such as Spotify, Apple Music and Amazon, grew 12% to $4.8 billion in the first half of 2020 according to the Recording Industry Association of America (RIAA). In the first half of 2020, U.S. recorded music revenues grew 5.6% to $5.7 billion. Spotify shares have doubled this year.

Now here is the crazy part of the story; Vinyl album revenues of $232 million were 62% of total physical revenues, marking the first-time vinyl exceeded CDs for such a period since the 1980’s, though it still only accounted for 4% of total music recorded music revenues. Revenues from physical products which include CDs, Vinyl and Blu-ray reach $376 million for first half 2020, which is a decrease of 23% year-over-year. There was a significant impact from music retail and venue shutdown measures around Covid-19, as Q1 2020 declines were significantly less than Q2 compared with their respective periods the year prior.

Advertising supported on-demand streaming music revenues (from services like YouTube, Vevo, and the ad-supported version of Spotify) grew 3% year-over-year to $421 million in 1H 2020. This category had grown by double digit percentages in previous years but was significantly impacted by broader advertising declines due to Covid-19. Revenues from the category grew at similar to historical rates in Q1 2020, but for Q2 reflected a double-digit percentage decline versus the same period the prior year. The category accounted for just 7% of total revenues in 1H 2020, although based on reports from MRC Data and Alpha Data, the number of streams continued to grow for the period and numbered in the hundreds of billions.

Digital download’s share of the market continued to decline in 1H 2020. The category’s share of total revenues fell from 8% to 6%. Revenues of $351 million were a 22% decline versus the first half of 2019. Individual track sales revenues were down 27% year-over-year, and digital album revenues declined 18%.

This tends to prove what we all figured was happening; when not streaming to Spotify music lovers are listening to vinyl.