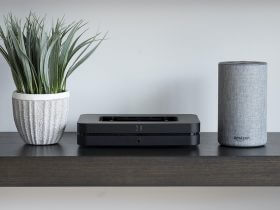 Doug Putman of Putman Investments has the intention to purchase Toys “R” Us and Babies “R” Us from certain affiliates of Fairfax Financial Holdings Limited. Putman is known in the industry for having acquired Ancaster, ON-based music retailer Sunrise Records in 2017 and, back in 2019, acquiring British retailer HMV.

“Toys”R”Us and Babies”R”Us are extremely strong brands that have been in great hands over the past three years,” says Putman, founder of Putman Investments. “Since its split from the U.S., we’ve watched the way in which the company has grown and focused on the Canadian customer. Much has been achieved and we’re excited to help to drive the business forward.”

Toys”R”Us and Babies”R”Us Canada employs just under 5,000 people who work out of the Vaughan, ON head office as well as 81 stores across 10 provinces.

“We are pleased to announce our sale of the retail operations of Toys “R” Us Canada to Doug Putman,” says Prem Watsa, Chairman and CEO of Fairfax. “The transaction continues the implementation of the monetization plan for certain non-insurance holdings of Fairfax. Fairfax retains substantially all of the real estate acquired in our original purchase of Toys “R” Us Canada and, through a continuing royalty stream, we are provided with an opportunity to benefit over time in the future success of the business. This transaction would not have been possible without the steady and sound leadership of Vic Bertrand and his management team at Toys “R” Us Canada, and we are very thankful for all of their efforts to build the Toys “R” Us Canada brand.”

In 2017, Putman bought the leases for 70 former HMV Canada locations to convert them into Sunrise record stores. A month prior to his decision, HMV Canada, under the ownership of British retail restructuring company Hilco, went into receivership and announced that it would be closing all 102 of its stores after 30 years in business in the country.

At the time, Putman, just 32 years of age, told the Canadian Press that he felt there needed to be a “great outlet across Canada to buy music.” As someone of the digital-first Millennial generation, Putman surprisingly still recognizes and supports the benefits of having something tangible. Those benefits have been recognized by the younger generation, despite popular beliefs to the contrary, through a resurgent interest in everything from paperback books to turntables and vinyl.

Putman bought Sunrise Records in October 2014, and by 2017, he had increased the remaining store count from five locations to nine, all in cities outside of the greater Toronto area (GTA) like Barrie, Brantford, North Bay, and Timmins. Today, there are 85 Sunrise Records locations across Canada, including the newest stores at the CF Eaton Centre in Toronto and CF Rideau Centre in Ottawa. Each store sells vinyl, as well as gear like turntables, licensed clothing, Blu-rays, games, and more, and focuses on music from local independent artists. “We feel it’s an obligation,” Putman said back in 2017, “not to mention we love discovering talented new artists.” He referred to the idea of collecting vinyl a passion that is “infectious” when speaking with the CBC.

With this move, Putman expands into the growing sectors of baby gear, toys, apparel, electronics, and other products for kids and babies.