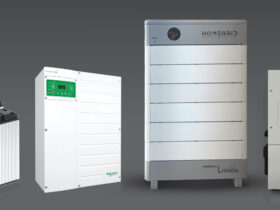 The latest candidate in our series of Q&As with influential women in the technology business in Canada is Brie Code, CEO and Creative Director of TRU LUV, a Toronto-based studio that makes AI companions for smartphones

Years in the Industry: 18 years

The Quote That Most Inspires You: “When you decide that you want to be brave it opens up way more possibilities than trying to be perfect ever does.” – AOC

What drew you to a career in consumer technology?

I ended up in this field because of circumstance and luck. I went to university when I was 16 and had no savings. I was most interested in psychology, but I chose computer science because I knew I could get As in it and keep my scholarship. In computer science, there is less subjectivity in the assignment of grades. I could stay in the computer lab until I knew my program worked properly. I graduated during the dotcom crash and there were no jobs. I took the time to explore and travel, and then when I ran out of money, it just so happened that the games studio Relic Entertainment was hiring its first two junior programmers. I was the first programmer to ace the company’s programming test, and I got one of those two spots. I was delighted to discover that I really loved working at Relic. Video games combine culture, psychology, and computer science, and I found the work very satisfying and the team wonderful and supportive.

Yes, many. During university, I didn’t get a summer job at a friend’s company because a man in the office threw my resume in the trash and told my friend that women can’t program. That summer, I worked at a veterinary lab instead. For the first five years of my career, I was the only woman programmer on any of the teams I worked with. On some teams, this was an issue, and on others, it wasn’t. Either way, it was always lonely. I’ve dealt with bias and strange comments throughout my career, such as the time my creative director told me he thinks I can’t work with men, even though I’d only ever worked with men and was well liked by my team. Or the time a technical director spat in my face that he hates feminists and I don’t belong at our organization. Or the time a producer interviewing me for a new position asked if I felt I was a better manager than a man since “women have special powers over men.” There is also the issue of Internet harassment against developers who belong to underrepresented groups. I use block lists and other tools so that I don’t see if I am being harassed. Looking back, the biggest roadblocks haven’t been these specific, acute incidents (which are annoying) but rather the day-to-day bias and lack of equal opportunity to use and develop my natural talents. Those more systemic and draining roadblocks are more difficult to pinpoint and call out, but they have had the greater effect.

Video games, gamification, and other forms of interaction design in the tech industry are often focused on curves of increasing challenge: experiences that go from easy to hard or from small to big. These curves exploit your fight-or-flight response to stress. Challenges stress you, which creates the desire to win or master the challenge, and then when you win, you feel good. However, this curve has never worked for me. A few years ago, I realized that’s because there is a second stress response, little known but prevalent, called tend-and-befriend. This is my usual response to stress, and it tends to be more prevalent in women than men.

When you experience a tend-and-befriend response, you don’t want to master a challenge but instead you want to take care of your loved ones and connect with new people. This response implies that we can create interaction curves that go not from easy to hard, but from messy to tidy, awkward to smooth, or disconnected to connected, and we can leave people feeling less stressed after interacting with technology.

This has the potential to be transformative. I believe it is a lack of gender diversity in the tech industry that has led us to ignore the tend-and-befriend response until now, and I’m very excited to be looking into it at my studio.

Women face many barriers to success in the tech industry. The BRAID [Building, Recruiting, And Inclusion for Diversty] initiative shows how women are frequently discouraged from studying computer science at the university level. And then, once women are in industry, they will face unconscious and conscious bias, stereotype threat, and a host of other factors that stall their progress. As mentioned above, I certainly experienced these. These barriers exist whether trying to climb the corporate ladder or trying to run a start-up. The statistics for how little venture capital is given to women-run start-ups are abysmal.

Research shows that gender bias tends to dissolve once you have about 30% women on the team. In order to reach equity, women may need to flock together into teams that have more women. As well, men in power need to actively work to counter their biases and to actively give opportunities to women.

While women in the technology industry face many barriers to success, their unique and unexplored perspectives also give them greater opportunities to create the most interesting, innovative, industry-changing, and valuable innovations. Tend-and-befriend is only one example. This is huge.

There are many, from women who have paved the way for me, to women who are working beside me to expand that path, to young women who are coming in with fresh ideas and who are already changing the industry in ways I could not even imagine. I’m in calls every day with different women around the world as we trade advice and strategy.

I’ve had conversations with men in my industry who assume that women leave because of a single incident of harassment, or because they just aren’t strong enough to handle the competitive atmosphere. But as I mentioned above, the experience of being a woman in the tech industry, from my perspective, goes beyond something one drunk or aggressive guy said one time in one meeting. From my perspective, an even larger tragedy is that the men around us frequently don’t see what we are capable of and don’t give us the same opportunities to develop our talents that they give other men they identify with. This is a waste of our time, and eventually, many of us choose to leave and use our talents elsewhere. And the world suffers as a result.

The purpose that drives me every day, and the metric by which I choose the initiatives to get involved in, is the development of collaborative, innovative spaces within the industry where underrepresented people are supported to develop their talents and empowered to utilize their unique perspectives to bring transformative change.

I wish I had started my own company sooner! This is the most fun I have ever had, and the most rewarding work I’ve ever done. We’re working on products that come from our hearts and are kind, encouraging, and pro-social.

I feel a sense of urgency and a clear hope. I fear fascism and global warming, but I am extremely optimistic about the role underrepresented people will play, and are playing, in creating better technologies, better products, and truly a better world. I’m looking forward to seeing what we create.