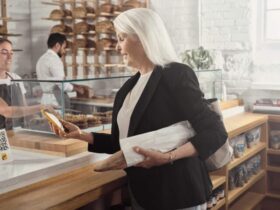 The latest candidate in our series of Q&As with influential women in the technology business in Canada is Faye Pang, Canada Country Manager, Xero, a provider of cloud-based accounting software.

Years in the Industry: 6 Years

The Quote That Most Inspires You: “The way to get started is to quit talking and begin doing.” – (Walt Disney)

What drew me to tech was the fact that it’s an ever-evolving area. I started my career in consumer packaged goods, but I had a strong desire to work in a faster-paced industry. When I started at Uber Canada in 2015, it was the natural next step for me because I could see how much faster companies in the tech sector were moving. To be honest, though, I never had a career master plan. I have always just pursued personal growth and interesting opportunities. And that’s definitely what led me to my current role at Xero.

I have actually been very fortunate in that regard. When I started at Uber, the gender dynamic was pretty pronounced. At the time, the Canadian team was only about 30 or so people. The marketing team was predominantly female, but the core operations team was mostly male, and all of the GMs across the country were men.

There was definitely a lack of female representation at the senior level, and that in itself was a mental hurdle to overcome, but in spite of that gender imbalance, I never felt personally discriminated against for being a woman or for becoming a mom.

I’m always on the lookout for gender inequality or systemic bias, whether it’s in promotions, hiring, special project assignments, or any other aspect of business. As a woman in a leadership role, I’m uniquely positioned to be a mentor or a sponsor to other women within the organization, and in a way that a male leader may not be able to do.

And as a mom, I feel that I bring a unique perspective to the question of work-life balance, and the tricky line that women need to walk when they are intensely ambitious about their career while still wanting to have a full family life. There are signs that things are getting better in this area. I’m encouraged by all of the recent stories about women in Canada’s tech industry raising huge financing rounds while eight months pregnant or running startups while homeschooling multiple kids. We need to normalize and encourage things like this.

One key thing that organizations can do to encourage female participation, especially at the senior level, is to support working moms. Having strong and well-considered policies around parental leave, and also compassion leave for employees who have suffered miscarriages, are really about making a more inclusive workplace. It’s critical that companies support the wellbeing of parents, in my view. Attracting more women, including working moms, to tech is all well and good, but you also need to have systems in place to support them and ensure their success. If you want to keep women around and see them advance to senior levels, you can’t make them feel as if they need to trade in career success in order to care for their families.

It could be better, to be honest. While I am emboldened by the spotlight that has been shone in recent years onto the tech industry and its many areas of opportunity for women, it has been a long time coming. Women felt like change was on the horizon when the movie 9 to 5 came out in 1980, but in many ways, we’ve only made marginal progress since then. The good news is that if any industry has the vision and continuous-improvement mindset to have a positive impact in this area, it’s tech. We just have to tackle this issue systematically and with as much dogged determination as we would any other business problem.

There are so many women killing it in Canada these days. Michele Romanow is doing such cool things at Clearco in disrupting the funding space. Raquel Urtusan has just raised one of the largest ever rounds out of Canada for her new AV startup, Waabi. Joanna Griffiths raised a round while pregnant with not one, but two babies. I’m totally inspired by these powerhouses.

I think one big misconception is the idea that women who take leave from their place of employment are inherently putting themselves at a disadvantage when it comes to advancing their careers and reaching senior-level positions. Perhaps this has been true in the past, but the reality is that today, women in tech are achieving the best of both worlds.

I’m an example of this myself. In fact, when Xero finally gave me the formal offer to join their team as Canada Country Manager after months of interviewing, I was due to give birth in a week. I immediately went on parental leave, but that certainly hasn’t slowed down my career progression or my ability to do my job well. So, I’m living proof that it’s possible to take care of a young, growing family and reach the senior levels in tech (though I acknowledge that I’ve been fortunate to have an amazing partner and support system).

The myth that women can’t do both needs to be debunked, and employers in the tech industry need to recognize this. One way of doing so is by ensuring they have appropriate, up-to-date policies in place that account for both the personal and professional needs of their employees.

In a general sense, I feel that we need to create an industry culture that puts people first. I believe very strongly in the idea of leading with empathy. Everyone benefits when you create what Nicole Reid, our Chief People Officer at Xero, calls “a culture of psychological safety.” That can only happen when you give employees a space in which their voices are heard and their concerns supported.

Yes! Very much so. I have seen a lot of progress recently. Fortunately, many organizations are rethinking things like their parental leave policies and generally making positive changes to the ways they’re supporting caregivers in the workplace. When companies in the tech industry demonstrate their willingness to prioritize people, it’s very encouraging.