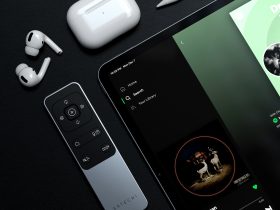 These are the top 20 most common passwords in Canada:

The NordPass research also illustrates how weak the top passwords are by indicating the time it would take a hacker to crack that password. While the “Time to crack” measure is indicative and depends on various technological aspects, it’s a good reference point that shows how poor these passwords are. Overall, in Canada, 144 passwords out of the 200 can be cracked in less than a second. That’s 72%, whereas globally, the percentage is 84.5%.

“Unfortunately, passwords keep getting weaker and people still don’t maintain proper password hygiene,” says Jonas Karklys, CEO of NordPass. “It’s important to understand that passwords are the gateway to our digital lives, and with us spending more and more time online, it’s becoming enormously important to take better care of our cybersecurity.”

Methodology: The list of passwords was compiled in partnership with independent researchers specializing in research of cybersecurity incidents. They evaluated a 4TB-sized database. Researchers classified the data into various verticals, which allowed them to perform a statistical analysis based on countries and gender.

Naturally this begs the question; how does NordPass know this?  To see more data read the full NordPass report here