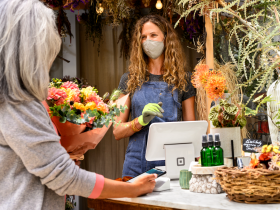 Black Friday weekend and Cyber Monday are among the most popular shopping days of the year, so it’s no surprise the events are anticipated by both shoppers and retailers, alike. So how did things go down this year? FP Canada provides some insight with its survey.

According to the survey, which was conducted among members of the online Angus Reid Forum, the average Canadian shopper spend $395 over the weekend, including both Black Friday and Cyber Monday. Those who went over their intended budgets spent, on average, more than three times what they planned to, or a whopping 269% more.

With that said, most Canadians stuck to the plan and didn’t overspend, particularly those in the Prairies, with close to 90% saying they either stuck within, or even went under, their budget.

“Whether due to added frugality, inflation fears or an increased focus on staying financially responsible this year, it’s clear that Canadians are watching their wallets this holiday season,” says Tashia Batstone, President & CEO of FP Canada. “While there’s always potential for an increase in last-minute spending, it appears that many Canadians may be giving themselves the gift of a stronger financial start to 2022 by sticking close to their budgets to end 2021.”

On average, Canadians expect to carry $814 more in credit card debt into the new year than they had before the holiday spending season.

“With more bricks-and-mortar stores open due to easing pandemic restrictions, it’s easy to understand the temptation to spend,” Batstone continued. “But it’s important for Canadians to be diligent about getting back on track financially if they’ve gone a little overboard already this holiday season.”

Younger Canadians between 18 and 34, in particular, had a tougher time sticking to their spending plans this year, with one-in-three (32%) saying they spent more than they had budgeted for on Black Friday and Cyber Monday – nearly twice the proportion as those 55 and over. Canadians between 18 and 34 also expect to see the biggest spike in credit card debt from their pre-holiday average ($4,211) to their average expected credit card debt after the holidays ($5,486).

Shoppers in Saskatchewan and Manitoba, on the other hand, spent an average of $266 during the shopping holidays – nearly a third less than the national average.

While many Canadians may stay on track to rein in their spending throughout the remainder of the holiday season, others say they expect to take on more debt to spread added cheer this year. While Canadians with credit card debt average $3,962 of debt entering the holiday season, that number is expected to rise to $4,776 before 2022 kicks off.

1.Start a budget, if you didn’t already have one. “Having a clear sense of how much you are spending is the easiest way to make sure that you don’t dig yourself into a debt hole so deep that you need to spend the next year digging out of it,” says Sucheta Rajagopal, a CFP professional at Research Capital Corp. in Toronto.

2.Seek out reasonably priced gifts for the remainder of the people on your holiday gift list. “The difference between a $75 gift and a $100 gift will have a much greater impact on helping you keep your finances in order than it will on the amount of joy it brings the person who opens it,” says Graham Plumb, QAFP and founder of Moola Financial Coaches and Advisors in Victoria, B.C.

3.Talk to a professional to help with your long-term financial well-being. “Working with a QAFP professional or CFP professional can help you identify ways to not just overcome short-term shortfalls but ensure you’re able to set yourself up to be financially strong in the long term,” says Iftikhar Mahmood, CFP and CEO at CreateWealth Planning in Markham, ON.

The survey was conducted online with 1,511 Canadians between November 30 and December 1. All are members of the online Angus Reid Forum.