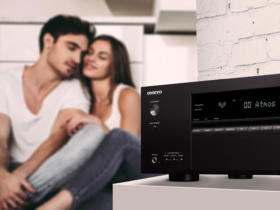 D&H Canada, a distributor of SMB, mid-market, and consumer technologies to the North American channel, has announced the company has moved into an expanded and enhanced distribution centre in the Vancouver area, to accommodate its ongoing growth. The new facility offers double the storage space and improved logistics to help future-proof D&H Canada’s business and incorporates environmentally sustainable practices. The new 62,000-square-foot operation in British Columbia is located in Surrey, BC with more than double the capacity of the company’s existing warehouse in Richmond.

The Vancouver DC is LEED-certified, implementing “green” practices into its design. Like D&H’s other facilities, it incorporates policies and equipment intended to promote environmental sustainability, such as pallet recycling, recyclable packing and mailing materials, motion-activated lighting, energy-conserving automated conveyors, and electric- and propane-powered lifts that minimize pollution.

The centre will utilize new pick-to-cart and tugger equipment to streamline the sorting and transport of goods, speeding production. The distributor’s best-in-class logistics team continues to deliver on service levels even in unpredictable times, helping partners scale and reduce cost-to-serve. These developments demonstrate D&H’s commitment to the Canadian market, supporting the long-term expansion of its supply chain services for both manufacturers and channel partners.

September will also see the return of live technology conferences for D&H Canada, as its rebranded, in-person THREAD event is scheduled for September 15 in Mississauga. The day-long THREAD event will be held at the Mississauga Convention Centre in Ontario. It will feature exhibits and presentations from more than 40 manufacturers and eight educational sessions; plus Solutions Zones for technology disciplines like modern infrastructure, high-performance system building, digital signage, collaboration, and the modern hybrid workplace. Mainstage keynote speaker Scott Chapin, director of infrastructure operations at DreamWorks Animation, will discuss how Lenovo workstations power one of the world’s most demanding animation studios. Participating vendors include Cisco, Cyber Power, HPE and HPI, Lenovo, Poly, Samsung, and Seagate. In conjunction with this, D&H will engage its partners in a 15th Anniversary fundraiser for a Toronto-area youth charity through the new D&H Canada Cares foundation.

Thanks to a strategic alignment of investments, and D&H Canada’s focus on delivering service to its partners, the company has also announced it has achieved growth levels that outpace the general market expansion rate in Canada by three-fold across a broad range of customer segments and product categories. While other organizations are contracting their customer service offerings or decreasing their sales forces, D&H is taking the opposite tact. The distributor is adding resources in areas like sales, partner engagement, logistics, staffing, and technology specialists.

“Our ongoing investments are built on feedback from our partners and will continue throughout this upcoming year, even with the complexity of macroeconomic pressures that are apparent in most every industry,” noted D&H Canada General Manager Michelle Biase. “Where other distribution companies are scaling back, we are doubling down.”

D&H Canada opened its doors in July of 2005, beginning with a single warehouse in Mississauga. The company has set its sights on achieving $1 billion revenue and is investing strategically to realize that goal. Through its latest activities and investments, the company is living up to its recent commitment to the motto “BFG”—as in D&H is “Built for Growth, Generations, and Giving”. The company continues to support and invest in the long-term success and ongoing growth of its solution provider partners through this effort.