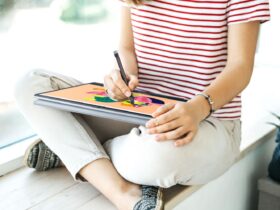 A brand is in its name. Could you imagine calling Starbucks anything but Starbucks or Amazon anything but Amazon? Sometimes, brand names have become so synonymous with a product or service that the name is used interchangeably with other brands: think Kleenex and Band-Aid. When it comes to Facebook, it has always been Facebook (or The Facebook). But now, it’s Meta.

At the company’s Connect 2021 conference, CEO Mark Zuckerberg announced the brand change, which he says will help better bring together the apps and technologies under one online roof, as part of the “metaverse.” (The metaverse describes a future of the Internet that involves shared 3D images and virtual worlds that leverage technologies like augmented reality versus just basic text, images, and videos on a screen.) The goal will remain attempting to connect people, find communities, and grow businesses, but in ways that go beyond traditional text-based messages, videos, and images. Keep in mind that the Facebook website you know, love, and use (or despise and avoid) won’t be changing its name – just the corporation behind it, much like Google restructured in 2015 and changed its corporate name to Alphabet.

There’s no denying that Facebook has faced its long list of controversies over the last few years, so now is as good a time as any for a corporate re-brand. With that said, the name change is designed to reflect the changing nature of the Internet, and new services the company plans to offer going forward, though the chance to create the illusion of a clean slate likely wasn’t lost on leadership either.

With that said, Facebook is still Facebook – there’s just a new corporate name behind it, and some big plans to become modernized for the future. Zuckerberg alluded to new immersive experiences of the metaverse and how Facebook, er, Meta, will work to be a part of that. He describes it as a “hybrid of today’s online social experiences, sometimes expanded into three dimensions or projected into the physical world.

“It’s the next evolution in a long line of social technologies,” he continued, “and it’s ushering in a new chapter for our company. Zuckerberg discusses his vision in greater detail in his Founder’s Letter, which he begins by stating that we are “at the beginning of a new chapter of the Internet.”

He goes on to discuss how the Internet has evolved from consisting of mostly text on websites when Facebook first launched to a more visual and mobile experience once everyone got smartphones and, more notably, smartphones with decent cameras. Zuckerberg says the defining quality of the metaverse will be a “feeling of presence – like you are right there with another person or in another place.” It begins with AI like experiences, such as hanging out with friends, with aspirations to eventually teleporting to a business meeting via hologram (indeed, such innovations have been explored by many companies over the years.) Zuckerberg envisions people being able to switch seamlessly between the physical (i.e. real) world and the virtual one in many ways. Use virtual reality (VR) glasses, for example, for a totally immersive experience in the virtual world or augmented reality glasses to be able to jump seamlessly between the two.

Through the annual Connect conference, which brings together augmented and virtual reality developers, content creators, marketers and others, Meta explored what a variety of different experiences in the metaverse could feel like over the next decade — from social connection, to entertainment, gaming, fitness, work, education and commerce. The company also announced new tools to help companies and individuals build for the metaverse, including Presence Platform, which will enable new mixed reality experiences on Quest 2, and a $150-million investment in immersive learning to train the next generation of creators. Watch the full Connect keynote at meta.com.

Zuckerberg adds: “Right now our brand is so tightly linked to one product that it can’t possibly represent everything we’re doing today, let alone in the future. Over time, I hope we are seen as a metaverse company, and I want to anchor our work and our identity on what we’re building towards.”

If we’re on the cusp of the metaverse, it makes sense that Facebook, the company that single-handedly changed the way the Internet is used, would want to be at the centre of it. The dictionary definition of the word “meta” is “(of a creative work) referring to itself or to the conventions of its genre; self-referential.” It’s fitting that Facebook – one company – would change its name to reflect a word that is integral to defining the entire virtual world – the Internet – as we move forward. You can’t, after all, have a metaverse without Meta.