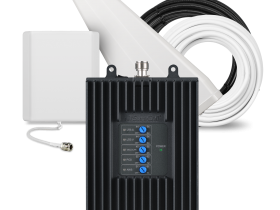 Earlier this week, department store retailer Hudson’s Bay Company and outdoor retailer Mountain Equipment Co-op ( now MEC) announced a collaboration where MEC will create a store within a store in select Bay Department stores.  The shop-inside-a-shop will be rolled out at the Bay’s flagship Queen Street location in Toronto as well as at Yorkdale and Square One, two of the busiest shopping malls in the GTA.

MEC states that the stores inside the Bay will be an authentic MEC experience; and in addition to selling MEC’s own branded apparel, will also sell items from global brands such as The North Face and Salomon (curiously brands that the Bay already sells).  MEC will also be a third-party seller on the Bay’s website that generates over $1 billion in annual revenue.

This is a puzzling partnership.  MEC already has 21 standalone stores across Canada dedicated to all things outdoors.  The Bay has department stores across Canada too and already sells outdoor apparel and puffy jackets.  I can see how this benefits the Bay by bringing a credible outdoor retailer inside the vast department store’s walls, but how does this benefit MEC? Perhaps by exposing the MEC brand to a consumer-base that may never step inside an MEC because of the outdoorsy mandate, it hopes to gain new customers.  And since the MEC/ Bay stores will be focused on apparel and not tents and canoes, isn’t this a bit of a duplication of goods under a different name?

‘Stores inside a store is not a new concept; fragrance brands such as Estee Lauder started the trend half a century ago as a way of reaching a mass consumer while maintaining control of their brand and the selling experience.  This was also a time when the department store was king and controlled all the cards. Essentially, cosmetic companies rented space in department stores where they shared consumer traffic – a win win of sorts.  Such a concept was expanded inside of high fashion department stores like Holt Renfrew and Harry Rosen, where high fashion brands like Gucci, Tom Ford and Prada built mini-stores where they could control their branding, merchandising and most importantly staffing.

It didn’t take grocery stores long to pick up on the fashion trend and start to sell shelf space to potato chip, soda and cereal manufacturers as a sort of store-in-store concept; albeit this is more about inventory and placement allocation versus a shopping experience.

Consumer electronics big box retailers have been selling shelf space to CE manufacturers for years and the best indie CE retailers soon realized that their rent could be subsidized by “selling” rooms, floor space and walls to their best brands.  The irony of this model of course is that the consumer walking into a CE retailer seeking out a CE brand is the same customer.  Is Samsung or an LG or a Bowers & Wilken paying the indie retailer for the extra exposure or are they paying knowing that the indie retailer is suffering and needs the rent to stay in business?  Nobody will say,  but each needs the other to be strong.

Other than the control of maintaining the look and feel of your brand (knowing full well if you leave it up to the retailer, they will mess it up), paying for space to a retailer that needs you to stay in business is a strange concept.  Both retailer and manufacturer like to call it a partnership but chances are good the retailer is still going to sell Samsung Smart TVs even if Samsung decides not to pay-to-play.

All these store-in-store concepts have the same thing in common: create strong visibility for the brand and try to maximize an audience to increase sales.

While tried and true partnerships certainly have their value, perhaps it is time for the consumer electronics industry to get more creative in their partnerships and take inspiration from the unusual, yet highly successful partnership created by Netflix and Formula One that created the “Drive to Survive” show. It turned Formula One drivers into mega stars and increased the popularity of F1 racing 100-fold.  What makes that partnership so immensely successful is that it accomplished everything that these partnerships and in-store concepts are attempting to do: expand brand exposure, introduce a whole new generation to your product and ensure that a consumer that you don’t reach through normal channels finds you. Presently, Kef is advertising on the Formula One home page..smart.