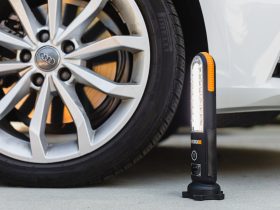 The PS Audio PerfectWave SACD Transport is capable of playing stereo audio from most types of optical discs, including SACD, CD, CD-R, CD-RW, and DVD-R/-RW/+R/+RW(audio data file only for the DVD-R formats). In addition, the PST will play the raw DSD layer of an SACD directly into a compatible PS Audio DAC via an I2S connection, to provide exactly the same audio heard by the mastering engineers in the studio.

The PST employs PS Audio’s proprietary Digital Lens technology, which electrically isolates the mechanical transport/laser mechanism from the digital output stage by a combination of buffer memory and FPGA (Field-Programmable Gate Array)-based digital processing. This reduces jitter and timing artifacts and focuses the audio data into a single bit-perfect, timing-accurate stream to the DAC.

It requires no set up: simply connect the desired digital audio output. In addition to its front panel controls and menu, the PST can be operated using its supplied full-function remote control.

The PST’s design matches other PerfectWave components and is available in silver or black for an MSRP of US$6,499.