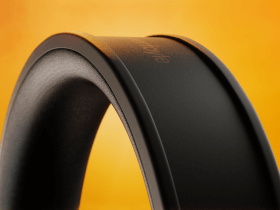 Quibi was promising to be the next big thing in streaming. But after just six months of operation, the company has confirmed that it will be shutting down and selling its assets.

The service offers a selection of programming as “quick bites,” short clips designed for people to watch on their phones with new episodes every day. Plans are $7/mo. and original programming features well-known actors like Adam Devine, Rosie Huntington-Whiteley, and Laurence Fishburne. There were projects with Reese Witherspoon, Jennifer Lopez, and even Steven Spielberg as well, along with a short version of 60 Minutes and other reality shows. Interestingly, Quibi earned two Emmy Awards. Listed in the Coming Soon category on the website were the prank show Punk’d, the military docuseries Ten Weeks, the comedy/satire show Q talks, and a handful of others that will likely never see the light of day.

While enthusiastic supporters were fully behind Quibi, many industry pundits predicted the demise, even before the COVID-19 pandemic hit. The idea was that since people have ever-shortening attention spans, limited time, and a growing desire to consume content in quick “bites,” introduce a service that offers full-fledged “shows” in this format.

But what type of content do we like to consume in little bits? It might not necessarily be entertainment in the form of television and movies. It’s true that people do have limited time and love to consume content in bits, whether it’s watching funny video clips in their social media feeds or sites like Reddit and Imgur. But TV shows and quality content requires an investment of time. Just like an audiophile would not sit back in a dedicated listening room with a $1,000 pair of headphones to immerse himself in a 30-second orchestral piece, a TV lover is not going to consume a show in five minutes on his smartphone. It’s a lights down, popcorn, high-definition TV and killer sound system kind of deal.

Consider the meteoric rise in streaming service and subscribers’ propensity to engage in an activity called “binge watching” whereby they watch an entire season, sometimes an entire series, in one sitting. That’s hours and hours of consistent viewing. Clearly, there’s no issue with attention spans or desire to watch in “quick bites” when you’re talking about the latest season of The Boys or a show like Schitt’s Creek. I’ve never turned on a television show and decided I can only watch the first 10 minutes and will watch the rest later.

That said, there are exceptions. Zack Galifianakis’ Funny or Die show Between Two Ferns is a great example. Streaming on Amazon Prime Video, episodes are only anywhere from three to six minutes long. But could a service like Prime Video survive on just shows like that? No chance.

It’s like Quibi was trying to be Reddit meets TikTok meets YouTube when all three of those services meet their respective niches well. There was no need for something to combine them all.

Nonetheless, major industry figures were banking big bucks that Quibi would take off. Quibi had raised US$1.75 billion from influential players like Disney, NBCUniversal, and Viacom. Behind the service was also former HP CEO Meg Whitman and entertainment mogul Jeffrey Katzenberg.

It might have worked. But with the COVID-19 pandemic all but putting a halt on travel, commutes to work, or time on the road in general – which is when people would most likely have been watching Quibi content – the service didn’t stand a chance.

Katzenberg and Whitman wrote that they believe the service possibly failed because the idea “wasn’t strong enough to justify a standalone streaming service” and/or because of the “timing.”

Is Quibi the latest victim of the COVID-19 pandemic or would it not have been able to stand a chance regardless? We’ll never know. For now, people will likely stick to binge watching their favourite shows when they have the time to invest in them and consuming “bits” of content during downtime when their brain is only ready to process something totally mindless like a silly dance on Tik Tok or a video of a dog chasing its tail.