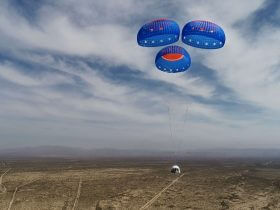 Canadian market research company Leger yesterday released their annual ranking of the Reputation study, that lists the most reputable companies according to Canadians in 2022. This year, Leger surveyed more than 38,000 Canadians to explore their perspectives on more than 285 companies in 30 different sectors.

The maximum possible reputation score is 100. This year, according to Canadians, the most reputable companies are:

“After two years of uncertainty and change, overall reputation scores have dropped again this year. Shoppers Drug Mart is the most reputable company; however, their score is down 5 points from the year before” observed Dave Scholz, Leger Executive Vice President..

The hardest hit sectors in 2022 are breweries, drugstores, hospitality and bookstores.The industries with the largest growth in reputation are the industrial category (driven by the resurgence/recovery in Boeing’s reputation) and the insurance industry (with 4 companies— Canada Life, The Co-operators, Wawanesa and CAA—showing significant growth).

No overall increase or decrease was observed in the pharmaceutical category; however, there was significant movement within the category. Pfizer’s reputation score increased by 10 points, while Astra Zeneca’s decreased by 7 points, showing the impact of the COVID-19 vaccines and how the ongoing discussion has shaped perceptions of these two companies.

Although our Reputation study has observed many changes over the past 25 years, the most profound changes have occurred in the past 10 years. This year, the top 10 most reputable companies have an average score of 71 out of 100, with the highest scores (Shoppers Drug Mart and Sony) at 73. Ten years ago, the average score of the top 10 list was 83, with Google in the top spot at 91. This represents a 12-point average score drop in a decade.

Rather than an increase in bad opinion ratings (which have not changed on average), this phenomenon is driven by a drop in good opinion ratings and an increase in the percentage of Canadians who say they “know the company, but not well enough to rate it.” This mirrors the change in reputation seen when a company goes through a crisis. Canadians don’t flip flop between good and bad opinions; rather, they allow companies a grace period wherein they are waiting to see what the companies will do next. Collectively, Canadian companies are experiencing a reputation crisis, and how they will respond is yet to be seen.

“The challenge for companies will be to learn as much as they can about their stakeholders’ perceptions of them and look for ways to rebuild the relationships that have led to this decline. Canadians are open to feeling positive again, but what organizations do next will affect if these one-time positive perceptions can be rekindled” concluded Scholz.

Each company was evaluated by approximately 2,100 respondents. To limit the duration of the questionnaire, the total number of companies grouped by sector was split into 16 blocks of about 20 companies. In total, Leger conducted 38,559 interviews as part of this study.

The study was conducted online. Respondents were randomly selected from Leger’s Internet panel, a panel representative of Canada’s population which includes more than 400,000 members across the country. The survey was accessible through a hyperlink and a unique access code inserted into an email that was sent to the panelists targeted for the study. To view the full list follow this link