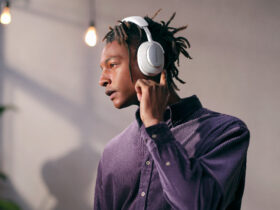 Like many Canadians, the summer of 2020 has been the season of the Staycation.  Most weekends we have been packing up our 1976 VW Camper named Daisy and heading north to a part of Ontario we have not visited.  Our adventures have taken us up the whole eastern shoreline of Lake Huron, up the Bruce Peninsula, we have sipped wine in Prince Edward County, we have camped illegally in beautiful Beaver Valley and have rubbed elbows with the 1% up in Muskoka.

Until this summer I held the belief that pretty much all of Ontario was saturated with cell towers and the chances of losing a signal were pretty slim.  Boy was I wrong!  Indeed, most of the Huron shore had us hovering around a single bar with our Rogers connected Smartphones.

Now usually not having connectivity in our overly connected world would be a gift on the weekend, but not necessarily ideal when you are driving a 40-year-old bus!  Daisy is in terrific shape and we pamper her to death, but she is still 40 years old and anything can go wrong.  And, it did.

We were up at a national park where cell reception was shady at best.  We pack up our camp ready to head home and Daisy just would not start.  We couldn’t get any noise from her engine. Not a peep.  We did the obvious run down of checking the battery, which was completely fine.  We checked fluid levels and they too were fine so that she wouldn’t even cough was a mystery that was beyond my mechanical education. Worse, we didn’t even have enough bars to call for a tow.

Luckily, we had packed a review product in the bus from a company called Surecall, who make cellphone boosters.  I actually had the product for about a month but had not unboxed it because I never found a zone dead enough to test it. We found our perfect spot that day!

Using what Surecall calls Extended Range Technology, an external antenna sits on the roof of the car that captures a cellular tower. The antenna is plugged in to a powered cellular booster that amplifies the signal 10-fold.  An internal Surecall antenna then communicates with your Smartphone, just as it would under normal circumstances.

The Surecall model that we have in Daisy is called the Fusion 2GO Max and works with every Canadian mobile network and there are no apps required.  The product is dead simple to install, with an external and internal antenna that both connect to the booster.  The outside antenna is magnetic so no mounts or drilling required.

We installed the Fusion 2GO Max in about two minutes, drawing power from the Goalzero Lithium-ion generator that we had installed a few years ago.  As soon as the antennas were in place and the unit powered up we were back up to full bars in about three minutes.  We were then able to Facetime our mechanic (if you have a 40-year-old bus you have a mechanic on speed dial!).  We streamed video as if we were on wi-fi and our mechanic trouble-shot our problem back to the starter motor.  He told me to get under the bus and through Facetime, showed me where to find the starter motor and then told me to gently tap on it a few times.  Seemingly, the magnetic points can get lodged with debris and if they don’t turn the bus won’t start.  A few taps later and the bus was back to running. Never in a million years would I have thought to tap on the starter motor.  I wouldn’t even know where to look for the starter motor!

For 80% of our travels, we really don’t need a cell booster, but all it takes is that one time when your stranded and being able to stay connected can mean the difference of life or death, or in our situation a very costly tow, hundred’s of kilometers from home.

I don’t keep our Fusion 2GO Max plugged in all the time, but this is one bit of technology that will always be stored in the bus.  One day we will drive Daisy across Canada and when we are in the middle of nowhere, we will always have that extra bit of confidence that if we need to be connected, our Surecall Fusion 2GO Max will show us the way.

Surecall Fusion 2GO Max is readily available and sells for around $699 CDN. Surecall boosters work just as well with modern cars, boats and even remote cabins in the woods as they do with 40-year-old VW campers.