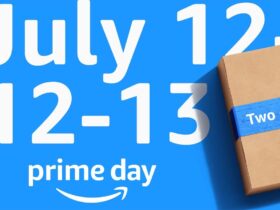 Is a Deal Really that Exclusive?

TRIANGLE, the French loudspeaker manufacturer, has announced the launch of a new special edition active floor-standing speaker called the LN05A available in two new trendy finishes of chestnut wood and light oak, at a lower price than the brand’s previous active floor-standing models, that translates to MSRP $1599.00 CDN/pr. TRIANGLE is distributed exclusively by Motet in Canada.

Connected hi-fi via active floor standing speakers, is one of the fastest-growing segments of the audio market where brands such as KIN by Totem, Kef, Dali, Klipsch and PMC just to name a few, have launched new products in the past two years directed to consumers who may not have shelf space for smaller speakers, or wish to have a greater sound and power that is not dependent on a subwoofer.

The LN05A are equipped with a 25mm fabric dome tweeter and two 13 cm concave drivers and features a 2×80 Watts Class D amplifier module with numerous analog and digital inputs in addition to wireless streaming via Bluetooth aptX.

These speakers also contain a phono preamplifier, making it possible to connect any turntable, while optical/coaxial inputs allow the LN05A speakers to be used in a home theatre setting with inputs for a Smart TV as well as a Subwoofer output.

TRIANGLE believes the LN05A will reach a broader segment of customers, wishing to benefit from the modernity of wireless digital music and the audio quality offered by HD streaming, in addition to the opportunity to enjoy a complete analog experience via vinyl records.