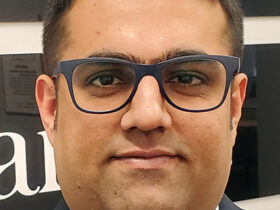 In 1969, American psychiatrist Elisabeth Kubler-Ross introduced the theory that there are a series of five emotions that those experiencing grief will encounter: denial, anger, bargaining, depression and finally acceptance. Kubler-Ross outlined the five stages in her book “On Death and Dying” that was inspired by her work with terminally ill patients. Although her findings have been deemed outdated, I have been thinking of how these five emotions have defined our existence in a Covid world.

We started with denial back in March thinking Covid-19 surely can’t be that serious; more like a common cold and it probably won’t last long.  Most colleagues when they were sent home in figured this crisis would be three weeks at best. We then moved to anger as we witnessed a global economy collapse, self-isolating and social distancing being implemented, our income, our jobs and livelihood and our mobility all decreased with a fuzzy horizon to when it would improve.  Indeed, there is a lot to be angry about especially as we see a new wave of Covid-19 in December that shows no sign of slowing.

Bargaining is a tricky one. Maybe you vowed to improve your ways to some entity in an attempt to help the virus go away. Maybe your bargaining was to commit to social distancing and mask wearing to do your part. I know that when we were in the early stages of Covid, I bargained with myself and vowed to use the time for self-improvement; greater exercise, learn guitar, drink less and read more.  Like most bargaining, it’s a fools game.

Depression may not be linear and may be the emotion that started for some from day one – you’ve seen your life’s work collapse in front of your eyes, you’ve watched your bank account dwindle, special events were placed on hold, travel was cancelled and a litany of other things you were looking forward to all disappeared.  “We are all in this together” sounds like a fairy tale and now we have the festive season upon us that looks like it may be celebrated in lockdown.

But then there is acceptance and while we may not all be experiencing this together; you may have reflected that some of the things that mattered before Covid-19 are not that important after all. Maybe you have accepted that your business will not have double-digit growth, but you still have a plan for regrowth!  We have all been forced to adapt to that dreaded over-used cliché of the “new normal.” Some have vowed to reflect on things that have been positive in this time of crisis like extended family time, working from home or a healthier environment. In other words, 2020 has some silver linings.

As we near the close of 2020, I think the biggest dread for most of those who I speak to is that 2021 will be a continuum.  We are putting a lot of faith that as the new year rings in, all of our 2020 problems will be behind us!  Here’s to hope.

So what are some of the takeaways from 2020 that may stay with us? Here are a few:

Work from home can be productive.  Very few had even heard of Zoom media prior to March 2020.  The mostly business-to-business platform at the beginning of the year averaged 10 million streams a day, now it averages over 300 million meetings each day.  In April 2019, Zoom shares traded at $36, today they closed at over $400.  Ask anyone what they dread the most about things going back to normal and the common answer will be the commute.

Doctors understand and finally embrace Telehealth.  There used to be an old story that for a doctor to get paid in Canada they had to see you in person.  If you are of a certain age, you’ll remember getting a call from the doctor’s office saying, “your blood results are in and the doctor would like to see you”.  Well, the reason they didn’t tell you all was fine over the phone is that they didn’t get paid without that visit.  Prior to the pandemic the percentage of some form of telehealth usage was 2.1%.  This fall the number has risen to 85%.  Can you diagnose a patient without seeing them or even better touching them?  Turns out you can.  The doctor will see you in emergency situations only.

Peloton replaces the gym.  Gold’s Gym is just one of many gyms to go Bankrupt in 2020 while Peloton, the connected-stationary bike company has skyrocketed to become a $30 billion company.  We have figured out that motivation and community can just as easily be found in a virtual class as it can in-person.  Will anyone be brave enough to go into a sweaty gym again?  Peloton may be as much a tech company as a fitness company.

Movie theatres are toast.  The consumer technology industry has been providing gear that can easily replicate the best movie going experience in your home, but antiquated distribution models where movies first had to be released in theatres prior to home delivery has been an industry standard since the early ‘1900s.  With movie theatres closed, film studios are seeing an opportunity to finally break the shackles of theatre-first distribution.  Last week Warner Bros announced it will simultaneously release all 2021 movies to streaming and theatres.  No more theatre first.  The days of adding up the box office gross is now less important to how many subscribers you can sign up to your platform.  If you think things are tough for you, just be glad you don’t own a movie theatre.

Live entertainment moves to a digital world.  I have seen more live shows than most of my friends combined.  There is nothing more fun than being in a club or stadium listening to live music.  Most artists that I follow have stayed close to their fans through social media and Instagram Live shows.  But it’s just not the same.  2021 will be the year of pay-per-view streaming.  Slick productions, intimate conversations and behind-the-scene footage will entice us to fork over for at home concerts.  Earlier this year, Rolling Loud, the world’s largest hip hop festival that normally attracts 180,000 fans during its four days in Miami had over three million fans tune in to a virtual 2020 version via Twitch.

Things we used to do in person we will do online.  The Wallstreet Journal reported a New York City condo sold for over $30 million with the new owners having never stepped foot in the home.  Companies like SmartRent will flourish by taking slick video of properties that allow prospective buyers and renters view homes from a distance.  We used to debate if you’d buy a pair of pants online without first trying them on. That thinking is so 2018.  Now you will buy just about anything from cars to homes virtually and there will be a whole new breed of companies to assist facilitating those purchases.

Takeout is now the norm.  I am still trying to get my head around the valuation of DoorDash, a company that plans to IPO next week at around $35 billion.  DoorDash delivers fast food to your home and is now worth almost twice as much as Canadian Telco Telus.  We have kept our favourite local restaurants afloat and by doing so we have added all sorts of new tech such as contactless payments, QR code menus, online ordering and of course delivery methods such as DoorDash and SkipTheDishes.

I have been in Las Vegas every January for CES for the past 23 years.  Not this year.  The show like all shows will be virtual.  I will be listening to press conferences from home and seeing new gadgets from a screen instead of in person.  I wonder if all those colleagues who complained that CES was too expensive, too crowded, too much are feeling vindicated or do they miss the interaction and energy that comes from 150,000 tech fans all coming together?  I for one, sure wish I was getting on a plane to CES.  Actually I’d be happy to go just about anywhere.