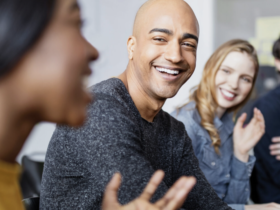 Interac Reaches One Billion Transactions in 12-months for First Time

The latest candidate in our series of Q&As with influential women in the technology business in Canada is Amrita Gurney, Head of Marketing, Float, a smart corporate card and spend management software.

Years in the Industry: 20 Years

The Quote That Most Inspires You: “This very moment is the perfect teacher.” (Pema Chodron)

I find this especially helpful when I am going through something challenging. Instead of fighting the discomfort, lean into it with curiosity.

I started my tech career in Boston during the early days of the web. I was interested in the pace of innovation and change, which was unlike anything happening in other industries at that time. I also loved how technology could transform people’s lives – allowing them to do things in ways that would have been unthinkable prior to the internet.

I started my career in demand generation for B2B tech companies, and as I moved into leadership roles, rounded out my expertise on the brand and content side as well.

Today I’m excited to lead marketing at Float, building the function from the ground up for Canada’s fastest growing fintech company. I love building a marketing function that makes measurable and significant contributions to the revenue growth and perceived value of our products and company.

The roadblocks I encountered were due to my gender but also because I was a woman of colour and one who worked in a non-technical field. Marketing is unfortunately perceived as one of the least strategic functions in a tech company and that has always been one of the biggest hurdles to overcome.

Looking back, I didn’t express myself with the same level of assertiveness and confidence that my male counterparts did. Ironically, this was not because I didn’t have an opinion or believe in myself, but I hadn’t learned the implicit behaviours that were valued in a male-dominated environment. So, I was often overlooked when it came to promotions and increased responsibilities.

The toughest part of my job has never been the actual marketing work; it’s all the other dynamics that exist around being a woman in tech marketing!

Thankfully I’ve had great mentors along the way who taught me how to work through these roadblocks. And I have a great support system of strong resilient women who have been with me every step of the way.

I’m extremely empathetic, so I’m often the person that observes things about customers or employees before others. I’m also a middle child, so I learned very early how to be the glue in between groups of people, a skill that has come in handy as I’ve worked cross-functionally in organizations. Finally I pay a lot of attention to who is participating in conversations and draw out opinions of the quieter voices, not just the dominant ones.

I think it starts by removing as much bias from the hiring process as possible. At Float, we’ve done a remarkable job of attracting some of the smartest women in tech and I think it’s largely due to the way we hire.

For leadership roles, you need to demonstrate that the women you hire actually have a seat at the table, a voice in key decisions, and the resources to be successful.

It’s like walking into a headwind – challenging but not insurmountable.

Yes! So many, it’s hard to pick a few but I’m inspired by:

Anjali Sud, CEO of Wistia – She became the CEO at a relatively young age after starting as their Director of Marketing, and she has truly transformed that business from a streaming product to a software company.

Janessa Lantz, Vice President, Marketing at dbt – A friend of mine who didn’t come from a technical background, started as marketer number-one, and has been instrumental in growing dbt into a market leader with a community-led marketing strategy.

Angela Whiteford, CMO at Berkshire Grey – Angela is also a friend, in addition to being an engineer-turned-marketer and a razor-sharp people leader.

Thankfully many myths have already been dispelled by the women came before me and those who continue to forge new paths today.

Perhaps one that still remains is that women can’t be strategic or in very senior leadership roles, and doubly so if these women are also raising a family. We know that’s not the case, but misperceptions still persist.

I wish more workplaces were better about creating equal opportunities for women to advance within an organization. The industry has made good progress in hiring more women as a whole, but if you look at the leadership teams of most tech organizations it’s still quite male dominated.

I’m an eternal optimist by nature so yes! I’m inspired by the women who are starting their own tech companies and creating workplaces where women can thrive.

Everywhere you look, there are incredible women making an impact at every level of organizations. I look back at what the industry was like when I started my career and see the tremendous progress that has been made since then.

I see the next generation of women in tech as being bold and fearless and that gives me incredible hope for our future.