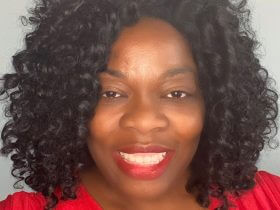 The latest candidate in our series of Q&As with influential women in the technology business in Canada is Marilyn Sanford, Co-Founder, Smart FX, Former CEO of La Scala, CEO of Lincedge

Years in the Industry: 26

The Quote That Most Inspires You: “When everything seems to be going against you, remember that the airplane takes off against the wind, not with it.” – Henry Ford

This goes back a lot of years. I love technology, enjoy music and film, and, after building three homes (which I also loved), felt that there was an incredible lack of infrastructure for technology in homes. This was in 1990. Lots of changes ahead.

That is a difficult question to answer. I have never felt held back because of gender. In fact, I think it worked to my advantage. When cold calling on job sites, GCs thought I was a potential client for designer and rchitect outreach, so there was good rapport. In the Industry, there was a lot of buzz and excitement about building a new industry, which we all shared. I never considered my gender an issue, nor referenced it. Maybe a different play on the ‘emperor’s clothing.’

I definitely have observed a different approach. I think men can be more ego-driven/centric. I think women see more layers, more complexity in a situation. Men tend to drive to point with less complexity. Men seem to feel they can solve problems if they come, whereas women want to avoid problems. I think, too, that women are more sensitive, and will pick up on team interaction, as well as being more intuitive. Men don’t want to be seen as vulnerable and may deflect or hide it, whereas I think women are more transparent and open about their vulnerability, which I think builds trust. All said, there are always outliers and exceptions.

There are certainly more women in the industry now. I don’t believe you can force this. By having more women, perhaps others will see CE as a career option. It would be interesting to do a survey to find out what roles are primarily played now and what influenced their decision. From that, perhaps there is a path to informing and recruiting more gals.

I have no complaints, no examples of friction that I believe were gender-based. I have always felt included and welcomed, having participated in the launch of CEDIA Canada, sat on the board for many years, and taught and operated a successful custom firm. What I can say is that I’ve never felt held back, so perhaps the seed of change is in how we process and think about gender bias.

Are there other women in the tech industry who inspire you? If so, why? If not, why do you feel that is?

I am always inspired when I see people stepping up in uncommon ways. There have been several women who I’ve met that run CE firms, or support the industry in meaningful ways, who I admire. When I say uncommon ways, these people have taken on roles or expressed perspectives that turn our heads and get us thinking. This is a good thing, not just because of gender. Indeed, running a CE firm is no easy task. No other experience in my long life has been as rewarding, enriching, and humbling. That goes regardless of gender.

The obvious one is that they are not always the ‘wife’ nor the ‘bookkeeper.’ (Nothing wrong with either, by the way.) Being a little curious when meeting new people, helps to broaden thinking and dispel biases.

In the early days, there was a lot of collaboration and best practice sharing. I think we’ve fallen away from the grass roots involvement of the industry and smothered that exchange. I know there are active groups operating to support ownership, which is great. I think the broader the involvement, the more we engage and learn from each other, the more tolerant and open we’ll all be.

I’ve seen a lot of change over the past 25 yrs. From X-10, 3 gun projectors, the wonders of lighting and custom control systems, networks, inexpensive and pervasive music in tiny boxes, and IoT [the Internet of Things]. There will always be a place for our industry, and you can always bet on change being the one constant. 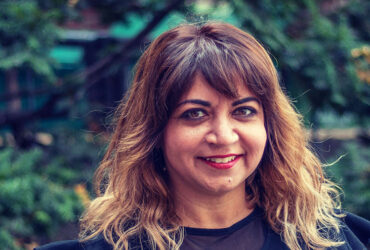 The latest in our Q&As with influential women in tech ...

Posted by by Christine Persaud 3 weeks Ago

The latest in our Q&As with women in the technology ... 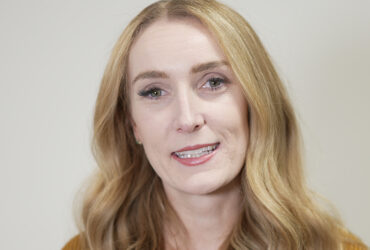 The latest in our Q&As with women in tech is ...

Posted by by Christine Persaud 1 month Ago
Load More