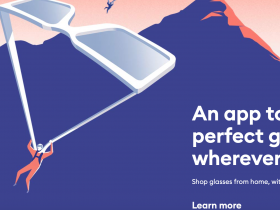 AncestryDNA has launched a new feature called SideView that separates DNA into parental sides so you can determine from which sides of your family you inherited genetics.

Claiming to be the first company to offer this type of genomic information without requiring the separate testing of a parent as well, SideView phases a customer’s entire genome into parental sides using the DNA shared with relatives in the AncestryDNA database, including your DNA matches. This, says the company, can provide a “greater level of detail for genomic discoveries.”

SideView technology groups matches with a precision rate of 95% for 90% of AncestryDNA customers, says the company, thanks to the size and statistical power of the AncestryDNA match network.

This process enables ethnicity inheritance, the name for the newest AncestryDNA feature being powered by SideView, which informs a customer which side of the family they received each of their estimated ethnicities from.

Ethnicity inheritance, powered by SideView technology, is available now for all AncestryDNA customers. It is accessible through the desktop interface with a version for the mobile app version coming soon.

I tried it out with my own account and received results to indicate which parent I receive more of my ethnicity inheritance from as well as the division of ethnicity between them. Parents are only listed as “Parent 1” and “Parent 2,” however, so you would have to figure out which parent is which. This might be easier for members with parents of two different ethnicities: for those who have parents with the same ethnic backgrounds, it might be more difficult. However, chances are based on one or more of the ancestral lineages, you’ll be able to figure out who is Parent 1 and who is Parent 2.

Brian Donnelly, Senior Vice President and General Manager of AncestryDNA at Ancestry, says that understanding ethnicity and community inheritance in more detail “has been the number one request from Ancestry customers for years.” He cites a recent survey where the company learned that one in three people don’t feel knowledgeable about their family history and origins and want to learn more. “With our new SideView technology,” he explains, “we can now tell customers with great confidence from which side of the family they received their ethnicities and, in the future, we’ll also be able to tell them which communities and DNA matches are from each side of the family.”

In the future, SideView will enable AncestryDNA customers to view DNA matches by parental side, see community and ancestral journey patterns for each parental side, and learn more about inherited DNA.

It’s a neat feature that provides information you can use to cheekily provide evidence as to why you’re “more like mom” or “more like dad.” (The data, of course, only tells you about how your ethnicity is broken down between them, not your personality traits). It also provides insight into the different ethnicities of your parents, particularly interesting if they haven’t done DNA tests themselves.