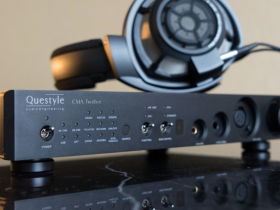 Bluebird Music to Distribute Questyle In Canada, The U.S.

Citytv, part of Rogers Sports & Media, which is a subsidiary of Rogers Communications Inc., has debuted two new video streaming products, Citytv+ and CityNews 24/7, both of which will be available to Amazon Prime Video members.

Citytv+ includes the live stream of blockbuster franchises and must-watch titles from Citytv, FX, and FXX, plus access to the complete library of video-on-demand content from the three channels. Included as part of Citytv+, which is available for $4.99/mo. with a free 30-day trial, is live news and entertainment programming from multilingual OMNI Television as well. Prime members can also access a free tier of Citytv’s live programming schedule.

Also available on Prime Video is CityNews 24/7, a free stream for Prime members of news, entertainment, and sports stories from its team of reporters, plus the latest headlines, weather, and traffic. Launched last week on CityNews’ digital platforms, CityNews 24/7 also includes live coverage of Breakfast Television and CityNews local newscasts.

“It’s been exciting to work with our partners at Prime Video to launch Citytv+ and showcase the incredible work by our teams through shows like Canada’s Got Talent, while also giving Canadians another way to binge our hit content like The Bachelorette, Chicago Med, Fire, and P.D., Law & Order, and Mayans M.C.,” says Julie Adam, President of News & Entertainment, Rogers Sports & Media. “When it comes to news, the world has never needed trusted journalism more than it does today, and CityNews 24/7 ensures more audiences can access the powerful storytelling from our world-class journalists.”

FX and FXX’s lineup of dramas and comedies featuring must-watch titles such as The Americans, Sons of Anarchy, Mayans M.C., Atlanta, The Shield, Damages, Better Things, and Baskets.

For more information on how to start watching Citytv+ and CityNews 24/7 on Amazon Prime Video, visit www.citytvplus.ca.