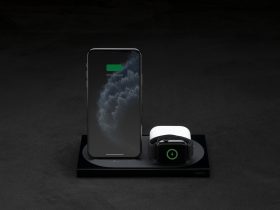 Apple announced updates for both its MacBook computers as well as its iPad tablets at its conference earlier this week, including the new macOS Big Sur operating system

macOS Big Sur sees a complete redesign of the OS, including a new curvature of window corners and refined palette of colours and materials. Icons in the Dock have been designed to be more consistent with icons across the Apple ecosystem while retaining their Mac personality. Buttons and controls appear when needed and recede when they’re not.

The customizable menu bar features a new Control Center, delivering quick access to controls from the desktop. An updated Notification Center includes more interactive notifications and redesigned widgets that come in different sizes, providing users with more relevant information at a glance. And a new design for core apps brings more organization to multiple open windows and makes interacting with apps even easier.

Considered the biggest update to Safari since it launched in 2003, the new version will be faster with redesigned tabs that display favicons by default to easily identify open tabs and give a quick preview of a page by simply hovering over the tab.

A new Privacy Report delivers added visibility into how Safari protects browsing activity across the web. Users can choose when and which websites a Safari extension can work with, and tools like data breach password monitoring never reveal your password information — not even to Apple.

Messages includes new tools to better manage important conversations and share expressive messages. Users can now pin their favourite conversations to the top of their messages list for fast access, and search has been entirely redesigned to organize results into links, photos, and matching terms so users can quickly find what they are looking for.

Message effects let users add personality to their messages with balloons, confetti, and more. Users can now create and customize their Memoji on the Mac and express themselves with Memoji stickers to match their mood and personality. And with a new photo picker and #images, it’s easy to quickly share images, GIFs, and videos.

New group messaging features streamline interactions with family, friends, and colleagues. Inline replies enable users to respond directly to a message, and now they can direct a message to an individual in a group conversation by simply typing their name. And users can now set a photo or an emoji for their group conversation that’s shared with all members of the group.

Maps now features Guides from trusted resources, or custom guides of favourite restaurants, parks, and vacation spots that can be shared with friends and family. Get a 360-degree view of a destination with Look Around and browse detailed indoor maps of major airports and shopping centres. Cycling and electric vehicle trips can now be routed on a Mac and sent directly to iPhone to have when on the go.

Apps have new sidebars and toolbars that consolidate controls in one place, and new Apple Pencil features include Scribble for iPad.

A new compact design for incoming FaceTime and phone calls, Siri interactions, and Search show things like incoming FaceTime and phone calls as a lightweight banner so they don’t take up the entire screen, making it easy to quickly tap to answer the call or flick to dismiss. Siri now appears at the bottom of the screen when activated, allowing users to seamlessly reference information onscreen while making a request, and it quickly gets out of the way when launching other apps or controlling music.

Search on iPad has been rebuilt so users can start a search from anywhere, without having to leave the app they’re in. Web searches are even more powerful and refined, delivering more relevant suggestions as users type and the ability to get to search results with just a tap.

Redesigned sidebars across many apps, including Photos, Files, Notes, Calendar, and Apple Music, consolidate navigation into a single place, making it easier to navigate within an app while keeping content front and centre. Additionally, streamlined toolbars and new pull-down menus provide access to app controls all in one place.

iPadOS 14 brings Scribble to iPad with Apple Pencil, allowing users to write in any text field — where it will automatically be converted to typed text — making actions like replying to an iMessage or searching in Safari fast and easy. All handwriting and conversion to text happens on device, keeping it private and secure. When taking notes, Smart Selection uses on-device machine learning to distinguish handwriting from drawings, so handwritten text can easily be selected, cut, and pasted into another document as typed text. Shape recognition allows users to draw shapes that are made geometrically perfect and snap right into place when adding useful diagrams and illustrations in Notes.

Data detectors now work with handwritten text to recognize phone numbers, dates, and addresses, and offer users the ability to take actions like tapping a written number to make a call, adding an event directly to Calendar, or showing a location in Maps.

Scribble will initially offer support for English, Traditional and Simplified Chinese, and mixed Chinese and English, so users can write English and Chinese words together without needing to switch languages.

ARKit 4 delivers a new Depth API that allows developers to access even more precise depth information captured by the new LiDAR Scanner on iPad Pro. Developers can use the Depth API to drive powerful new features in their apps, like taking body measurements for more accurate virtual try-on, or testing how paint colours will look before painting a room. ARKit 4 also introduces Location Anchors for iOS and iPadOS apps, which leverage the higher resolution data of the new map in Apple Maps, where available, to pin AR experiences to a specific point in the world.1

All apps will now be required to obtain user permission before tracking.2 Later this year, App Store product pages will feature summaries of developers’ self-reported privacy practices, displayed in a simple, easy-to-understand format. In addition, users can upgrade existing accounts to Sign in with Apple, choose to share their approximate location with app developers rather than their precise location when granting an app location access, and get even more transparency into an app’s use of the microphone and camera.

Additional new features in iPadOS 14 include redesigned widgets that present timely information at a glance; Smart Stacks of widgets that use on-device intelligence to surface the right widget based on factors like time, location, and activity; the ability to pin important messages to the top of the list; new Memoji options that are more inclusive; expanded Siri knowledge; cycling directions and curated Guides in Maps; new automation suggestions and expanded controls in Control Center for smart home control; new Safari features, including those mentioned above; and accessibility features, including Headphone Accomodations that amplifies soft sounds and tunes, and VoiceOver for the blind that now automatically recognizes what is displayed visually onscreen.