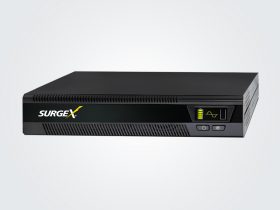 According to research by Atlas VPN, 1,006,232,879 internet users (19.16% of all internet users) now use Safari as a default browser, making it the second browser in history with over one billion users. Google Chrome firmly remains the most popular browser with over 3.3 billion users driven mostly by Google developed web applications including YouTube, Drive, Calendar, Docs, Earth and Maps.

Microsoft Edge for the first time has overtaken Firefox for the third most popular browser with over 212 million users. Since the release of Windows 11, Microsoft has set Edge as the default browser on all Microsoft devices.

Firefox browser ranks fourth with 179 million internet users. Firefox is oriented towards more privacy-concerned users with enhanced privacy settings and tools to prevent a browser history from being tracked.

Samsung’s Internet browser found on the companies’ smartphones and tablets is used by more than 149 million users. Rounding out the top 5, over 108 million users are using the Opera browser for their everyday tasks.