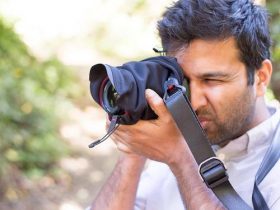 Apple Fitness+ has added its first Canadian city to the Time to Run audio running experience: owners can now explore the beautiful city of Vancouver.

Time to Run is designed to help users become more consistent and better runners, with each episode focused on a popular running route in some of the most notable and iconic locations. Time to Run episodes feature motivational and energizing music, with playlists curated by the Fitness+ trainers. The playlists are designed to match each run’s intensity, location, and coaching, capturing the spirit of the city where the run takes place. During Time to Run, you will also receive photos taken by the Fitness+ trainer of notable sights along their route. Photos will be available in the workout summary afterward, and you can save them to their photo library or share with others.

Vancouver is an ideal city for running, accompanied by Coach Sherica who specifically designed this interval run for broad appeal with a mix of easy and hard intensities. It is rounded out by an all-Canadian playlist including Drake, Michael Bublé, The Weeknd, Tegan and Sara and more.

Runners can choose from a variety of locations, including taking a scenic running route along the False Creek Seawall, or passing one of Vancouver’s key landmarks, Science World.

Find details on how to start a Time to Run audio experience on Apple Watch here.

Apple Fitness+ powered by Apple Watch is available for $12.99/mo. or $99/yr. in Canada. The purchase of an Apple Watch Series 3 or later comes with a three-month trial, while one month is included with an existing Apple Watch.