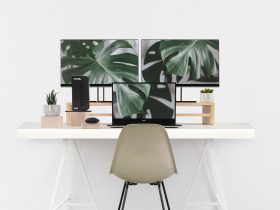 WhistleOut Canada, an independent search engine founded in Australia, conducted an anonymous survey of 500 Canadians, asking opinions about their internet service and prices. WhistleOut Canada analyzed the survey responses to highlight the most common sentiments.

WhistleOut Canada found the average internet price change from 2020-2021 for a total of 90 different internet plans. For current pricing, data was sourced directly from internet service provider websites, including Bell, Telus, Shaw, Rogers, Sasktel, Eastlink, Videotron, Distributel, VMedia, and Ebox. The findings show that Canadian internet prices are on the rise, and many are feeling the pinch. To find out more, the company quantified exactly how much prices have increased in the past year and surveyed Canadians about their internet plans, concerns about affordability. Here are the key results:

Canadian internet prices are notoriously among the most expensive in the world according to research firm Picodi, where Canada ranks in the top five for most expensive internet service.  The findings also show that Canada also has one of the best networks too, meaning we pay a premium for the service. Canadians currently pay an average of $102 per month for their home internet plan. That’s well above the $25-85 that the vast majority (73%) report consider a reasonable pricepoint.

91% of those surveyed are worried that internet prices will continue to rise in Canada, with 75% saying they’re moderately to extremely worried.

According to WhistleOut Canada analysis, prices increased 4.31% on average in the past year for high-speed internet plans, meaning those which meet the CRTC’s target of a minimum download speed of 50Mbps and an upload speed of 10Mbps. While this is less than the average increase of 6.42% for plans overall, it still outpaces inflation. If prices continue to rise above the inflation rate for the next few years as they have over the past year, internet affordability will continue to erode.

Rising prices mean that many Canadians soon may no longer be able to afford their internet plan, however the chances of Canadians eliminating internet service, now deemed as an essential service are slim to none.

Out of the 40% who had doubts about whether they could afford a 5% price increase, 19% responded that they either “probably” or “definitely” could not. Over half (54%) of Canadians say they wouldn’t be able to afford it if their monthly bill rose by 10%.

Most Canadians already feel that they are paying too much for internet access. More than half of people think their home internet plan is overpriced, a third think their plan is too slow, and many don’t know exactly what they’re paying for in terms of the maximum download speed and data cap.

The WhistleOut Canada survey found that 41% of respondents use the same service provider for their internet and mobile service and 26% bundle these services, which means switching would require more effort.

Since the Covid-19 pandemic began, many have felt the need to upgrade their internet, but finding a new plan can be a struggle. 31% of respondents reported having trouble finding internet plans available in their area. And when looking for new internet plans or options, 62% reported feeling frustrated and 55% felt confused.

A lack of clarity about the way internet pricing works and how internet bundles are advertised is a contributing factor to these feelings of confusion. Nearly a third, 29%, said they weren’t aware of the fact that internet providers often advertise introductory prices for many of their plans, meaning that prices will go up after around 1-2 years. Even after learning what introductory prices are, 19% of those surveyed still weren’t sure whether they were currently paying these rates. You can read the full WhistleOut report here.