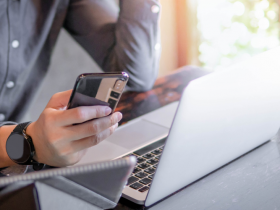 Telus Is Rolling Out 5G in Vancouver, Montreal, Calgary, Edmonton, and the GTA

When I was younger, I had a common first job for many kids: I worked in the drive-thru at McDonald’s. That job is just one of many that may be replaced or enhanced (depending on how you look at it) by artificial intelligence (AI). And AI is just one of many trends that will be “ones to watch” this year.

Kicking off the annual CES event, which will officially begin when the trade show exhibits open on Tuesday, January 7, Steve Koenig, Vice President of Research, and Lesley Rohrbaugh, Director of Research for the Consumer Technology Association (CTA) took to the stage to provide media attendees with a look at some of the areas of technology that will shape the industry, and our world, as we enter a new decade.

5G Will Drive the Future

Much of this will be powered by 5G, which will see a real bump this year thanks to both 5G networks as well as handsets launching to take advantage of them. Shipments of 5G handsets in the U.S. were 1.6 million in 2019 and are expected to rise to 20.2 million units this year. By 2022, the CTA believes 5G phones will surpass 4G at 106.3 million versus just 62.8 million 4G phones.

In addition to consumer benefits, however, 5G will largely be driven by enterprise markets. This includes everything from creating “smart” farming, where farmers can use digital technologies and products like drones to keep a better eye on crops and streamline their operations, leading to both greater efficiencies and cost-savings, to predictive analytics used in industries like medicine. 5G will fall into two main camps: massive IoT, which consists of networks with lots of endpoints and bits of data (for example, your basic temperature readings) to critical IoT, characterized by fewer endpoints with massive levels of data (e.g. a patient being operated on with the assistance of a remote surgeon.)

The Consumerization of AI

AI, meanwhile, will become commonplace across many touchpoints in our lives, from machine learning and end-user devices, like smart lights and TVs, to streaming services that learn our likes and dislikes, and emerging tech. AI will also be a large part of technologies like next-generation 8K UHD TVs, smart doorbells, smart appliances, smart speakers, and more.

Intelligence will no longer be about connecting devices in the home but connecting the home in general. This includes fixtures like faucets and shower systems, many of which are on display at this year’s event by brands like Kohler and its Konnect line, as well as future innovations like smart roofing and walls. “We will finally be fulfilling the promise of the smart home,” said Koenig.

McDonald’s, as noted, is looking to use AI to aid its business through its Silicon Valley-based R&D lab McD Labs. In the drive-thru, voice assistants can take orders from customers, helping to speed up the process and allow workers to focus on preparing the food, finalizing the transaction, and serving the orders. Koenig refers to this as more human-machine partnerships, and McDonald’s is just one of many companies looking at ways to leverage these.

In one of many Star Wars references, Koenig called the current streaming TV landscape “the media empire strikes back,” with companies like Disney launching their own services to bring control back to the studios and give them a direct one-to-one relationship with customers. While late last year saw the addition of Disney+, HBO Max, and Apple+, this year will see the launch of Quibi, which focuses on “quick bites” of short-form video content that is designed for consumption on a mobile platform. Already, we’ve seen close to US$17 billion spent on SVOD services this year.

A byproduct of this trend will be a growth in the displays used to watch the content, with average screen sizes in homes scaling up, and the proliferation of 8K. While 8K might largely find its way into business settings this year, early adopters have their eye on the format already. And judging from some first look previews we’ve had already of 8K displays from brands like Samsung, they might entice those looking to upgrade now to future-proof their investments and skip 4K altogether.

Automotive tech is a rapidly growing space, characterized by the North Hall of the Las Vegas Convention Center, which has become a “show within a show” at CES over the past few years, focused solely on tech. Some of the biggest developments in this space include faster, more efficient electric vehicles, self-driving cars, and electric vertical take-off and landing vehicles (eVTOL), which we commonly refer to as “flying cars.” We saw a preview of this at CES 2019, so it will be exciting to see what’s on tap for 2020.

Robotics is always a fun area on the show floor, with both task-based robots (such as those that some show-goers staying at high-end hotels might see deliver their towels or Starbucks coffee in the morning) to social robots, like those who can fold your clothes, make bread, educate kids, and keep track of your vitals. We’ll likely see many new robot innovations on the show floor this year. A few that Keonig and Rohrbaugh mention include Roybi, which helps teach kids things like language skills and second languages, Tombot, a companion robot for patients, and Pria by Black + Decker, a pill dispensing robot that uses facial recognition and AI and allows you to share the data with a caregiver. Interestingly, while we often believe that the most innovative robots must be those that scoot about, all three of these robots are stationary.

It looks like it will be yet another exciting CES with plenty to see both in terms of products and technologies that will actually impact our lives and those that, let’s face it, are just plain cool. What we see at this year’s show will shape the year, and generations, to come. And there’s no doubt we’ll see that this industry has no shortage of imagination. 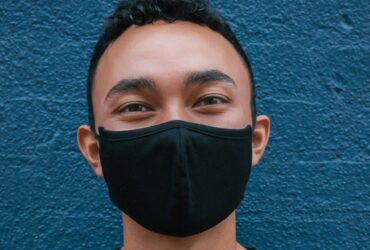 The University of Waterloo's artificial intelligence (AI) models can help ...

Posted by by Christine Persaud 2 months Ago 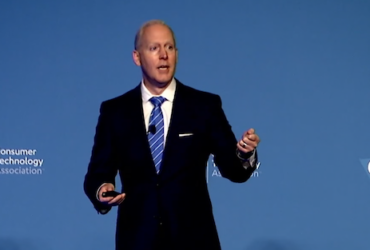 CES 2022: The Pandemic Has Led to ‘The Great Home Makeover’

Posted by by Christine Persaud 6 months Ago 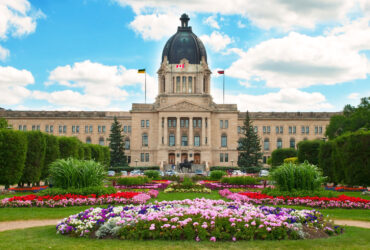 Samsung to Open Office in Regina

Posted by by John Thomson 7 months Ago
Load More