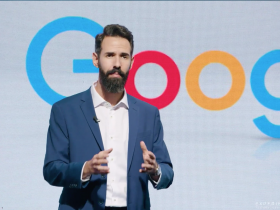 CES 2022, the biggest tech showcase in the world, is forging ahead in person in Las Vegas this January, with virtual events happening concurrently for those who wish to attend from home. This is despite several companies having pulled out of the show over the last few weeks due to concerns over the Omnicron variant of COVID-19.

Google and GM both announced they were pulling out of the show on December 23, 2021, the day after the Consumer Technology Association (CTA) issued its press release that the event would be moving ahead in person. Prior to that, other companies that decided to scale back or leave the show entirely include Lenovo, T-Mobile, Microsoft, AT&T, Amazon, and Meta, AMD, Casio, Hisense, HP, iHeartMedia, Nvidia, Pinterest, TikTok, and Twitter. With that said, some of the biggest tech companies still have big plans to be present for the show, including Samsung and LG.

Several media events are still going on, such as Pepcom Digital Experience, which takes place concurrently with CES. Similar to CES Unveiled, the media-exclusive pre-show evening event first confirmed it would be moving forward, requiring masks and proof of COVID-19 vaccination for entry. The organizers later advised that a virtual component would be added. The time difference presents challenges, however, for some, like Toronto residents, who would have to log in at 10 p.m. ET to attend.

The situation is murky this year because this will be the first time CES is attempting a hybrid in-person and virtual event. Last year, CES was cancelled outright, so all attendees and exhibitors were on the same page, immersing themselves in the show from the comforts of their couches at home or local offices. This year, it’s unclear how robust the virtual component will be as exhibitors and others try to manage both those in person and those trying to tap into events remotely.

“Our mission remains to convene the industry and give those who cannot attend in person the ability to experience the magic of CES digitally,” says the organization in a statement.

Despite the 42 recent exhibitor cancellations, CTA points out that this only represents less than 7% of the exhibit floor space. What’s more, CTA says it has also added 60 new exhibitors in that same timeframe (though it’s unlikely they will be on the magnitude of companies like Microsoft, AT&T, HP, and T-Mobile, which have historically had massive booths at the show.) “Registrations for both our digital access and our Las Vegas event are continuing to show strong momentum,” they add, “with thousands more registrations in the last few days.”

At last count, CES 2022 had 2,200 exhibitors booked along with many elected officials planning to attend.

For those who are attending in person, CES 2022 is taking many steps to ensure the health and safety of its guests, including a requirement of vaccination in order to attend, masks, and COVID-19 test availability for those who might be experiencing symptoms or who were exposed to someone who wat and want to confirm they are negative. There will also be social distancing measures in place, though it’s unclear how this will work in scenarios like booth tours and demonstrations.

Jamie Kaplan, Senior Director of CES communications at CTA, confirmed once again on Monday, December 27, 2021 that “we’re not cancelling,” pointing to the fact that CES is made up of companies of all sizes, including small and medium-sized businesses as well that rely on the show to help connect them with potential partners and media. “We have 2,200 companies who want to have a show. So, we are having a show.”