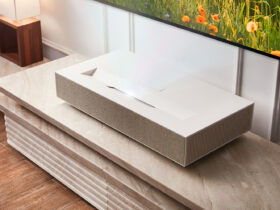 Cinema Libre Studio has partnered with Movieplex to launch the first NFT feature film viewing experience powered by blockchain technology. The companies will be launching the first three movies this week during the Cannes Film Festival/ Marché du Film.

Cinema Libre Studio will initially roll out an environmental documentary feature “Phosfate” at Movieplex.io. This will be followed by another documentary “Guantanamo Diary revisited” and a narrative feature, “From Iceland to Eden,” an Icelandic drug crime caper. The remainder of the company’s 100+ film catalog will become available in subsequent weeks.

The platform uses the Solana Blockchain technology, making it the first completely decentralized platform: anyone can verify the owner of the NFT. Unlike with tethered video-on-demand, the NFT allows consumers to own the film as an asset that can be re-sold at any time. When an NFT is resold, both the current owner and the original rightsholder will receive a part of the sale.

Additionally, this technology allows the buyer to view the films in HD, 4K, or higher formats without buffering issues.

“We think NFTs are the future of film viewing experience,” says Philippe Diaz, Founder and Chairman of Cinema Libre Studio explains. “When someone buys a movie on iTunes or Amazon, they are left only with a tethered video file. With the NFT, they keep an asset which can be resold, and he becomes part of a community as the NFT creates a unique link between the filmmaker and its audience. This link will allow the buyer to receive subsequent elements [that are] part of the film distributions such as deleted scenes, interviews with the actors or the director, reviews from festivals, et cetera.”

“The NFT experience allows for a potential new source of funds to go towards the communities and organizations working on relates issues to receive a percentage of sales from each film,” adds Beth Portello, who founded the Filmanthropy network, part of Cinema Libre Studio. “It will also attract a new coalition of concerned viewers ready to participate in finding solutions.”

Movieplex’s technology was developed by Frank Ramos and Garry Dolley. Ramos has worked as a developer in the mobile film and music streaming industry for over a decade. As a mobile developer, he has created technology for the largest film studios, music festivals, brands, and top start-ups. Dolley, meanwhile, has worked in the data center space for over two decades and has extensive knowledge of media streaming infrastructure. In the past, he was a director of technology for a business unit of The Walt Disney Company.

Cinema Libre Studio has a 30-year history as an independent “mini-studio” with production, domestic distribution and an international sales divisions. The company is known for producing and distributing high quality feature films and social impact documentaries with a recently completed narrative feature, “I Am Gitmo,” about an Egyptian man taken into the CIAs custody following the events of 9/11 currently in pre-festival status. Headquartered in the Los Angeles area, the team has released over 200 films.