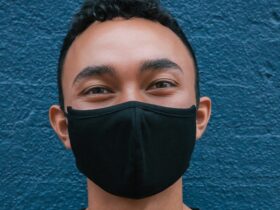 LG will have Star Wars fans salivating at its limited-edition Star Wars version of the 65-inch C2 OLED evo TV, which will only see 501 units shipped in the U.S. and Canada.

The TV features a user interface (UI) inspired by the popular franchise along with Stars Wars-themed aesthetics and packaging. It will also come with an exclusive gallery of Star Wars content, including original illustrated storyboards and posters of iconic scenes. Why 501 units exactly? This is in reference to the 501st Legion Darth Vader

The special edition Star Wars LG OLED evo, which will be on display at LG’s exhibit at the Star Wars Celebration, the ultimate fan experience, May 26-29 at the Anaheim Convention Center, features a Star Wars-themed cosmetic design with a special edition Star Wars-branded version of LG’s Magic Remote. The Magic Remote control UI will mimic the look and sound of the iconic Star Wars lightsaber. Each TV will include a numbered certificate of authenticity.

“With LG OLED TV technology, the dark side can truly be an exciting and bright experience, especially when working alongside Lucasfilm,” enthuses Tim Alessi, LG USA’s Senior Director of Home Entertainment Product Marketing. “We’re excited for avid Star Wars and technology fans alike to experience their favourite films in an immersive way through the special edition OLED TVs.”

LG’s Gallery Mode, a feature that turns your TV into a canvas by displaying paintings and other art, will look a bit different on the Star Wars LG OLED evo TV. Fans will find two different categories of Star Wars art: The Creation and the Cinematic Vision. The art under The Creation category will feature original storyboard and illustrated images to show how Star Wars came to life. The Cinematic Vision will showcase content such as movie posters and major movie scenes.

LG’s C2 OLED evo TV features the company’s new α (Alpha) 9 Gen 5 intelligent processor and brightness booster algorithms. The α9 Gen 5 also boasts a Dynamic Tone-mapping Pro Algorithm, which individually processes over 5,000 areas on the screen to produce a more vivid and detailed image, in both brighter and darker parts of the picture.

LG’s 2022 OLEDs are the first TVs to adopt Dolby Vision IQ with Precision Detail, says the company, a technology that is designed to “unlock even more from Dolby Vision content, revealing details which were not perceivable before.”

The Star Wars edition LG C2 OLED evo TV will be available via LG.com with specific availability announced at a later date. A rep from LG confirms that some of the 501 models will be made available to shoppers within Canada, but there’s no further details on the breakdown at this time. Stay tuned.