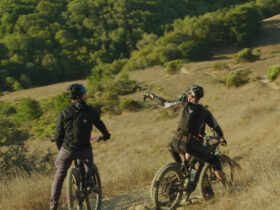 Wireless repair shop Fixt appears to have closed overnight, and at least one customer says he left a device there for repair and hasn’t received it back.

The CBC reports the story of Dave Niven, who dropped his phone off at a downtown Toronto location for repair. He returned the day after he received an e-mail indicating that the device was ready for pick up, but the doors were locked and the lights off. He tried to reach the company to no avail. When he went to another location to see if he could speak to someone there, it was closed as well.

Niven is now without his device, a Google Pixel phone, and worried that the staff had access to his login password and thus his personal files. There’s no word on if others might be in the same boat as Nixen and how many devices Fixt had in its stores for repair that customers will now be unable to pick up. There’s no word on if Fixt stopped accepting devices for repair at any point in time – most devices are fixed within an hour at similar shops, though there could be cases where a customer leaves their mobile device there for a day or two. So Niven might not be alone.

The company has not given any indication as to the reason for the presumed closure, nor has it even confirmed that it has closed for good. One (former?) supplier tells WiFi HiFi that they know the company was working to focus more on the corporate side versus the retail side of the business. Nonetheless, CBC was not able to reach the company at any of its location nor the head office. WiFi HiFi also attempted to reach the head office but the line rang until an automated voice came on asking for a remote access code. We also tried contacting a few individual locations but the automated voice simply said the voice mail service to which the call was transferred that has not been initialized.

The company’s website is still up and running, declaring “Fix it or replace it? We can do both.” The store locator link notes eight store locations, all within Toronto and surrounding areas. The company presumably also sells devices online but all items featured on the website are labeled as “sold out.”

The wireless device repair market has been growing of late as customers spend more on premium smartphones they want to keep longer (or hand off to friends, family members, or third-party private buyers) and are demanding to be able to have them fixed in an affordable and quick manner. Apple recently opened up more third-party authorized repair shops for its devices to meet this demand.

As a result, reputable chains like Mobile Klinik and uBreakiFix have been growing like wildfire. Last month, Mobile Klinik confirmed that it had doubled its store count to 80, reaching its fiscal year-end goal. Last year, the company acquired rival shops fonelab and Device Care. And in May, the company, which is owned by four Canadian wireless and retail industry leaders including former Rogers president Rob Bruce and Ken Campbell, former CEO of WIND Mobile, closed an equity capital funding raise of $27.5 million.

uBreakiFix, meanwhile, which entered the Canadian market in 2014, reported having opened 559 locations in Canada and the U.S. in 2020,including 14 new stores in Q4 alone. Most of the shops are in Texas and Florida, but the company has many across Canada as well. The company’s CEO and co-founder Justin Wetherill says uBreakiFix plans to “amplify its franchise growth, increase corporate support, and elevate the customer experience” in 2020. They project opening 35 new stores in Q1 of this year.

So what happened to Fixt? Perhaps in a market where a few companies are emerging as leaders and gobbling up the competition, they just couldn’t survive. According to review sites like Yelp, the company had plenty of happy customers, averaging ratings of 4.0 stars and above. Nonetheless, there was no forewarning, which means we may soon hear of other customers whose devices have disappeared along with the company.

Where have the devices gone and will Niven, and other customers, get their phones back? Who knows. For now, Fixt seems to have failed to fix whatever issues the company had and they have gone dark.

We will update this story as more details become available.