Following the Oscars surprise when Eminem rose up from the stage to deliver a throwback performance of his hit song from the early ’00s, “Lose Yourself,” the Internet went into a tizzy. Why is he there? What was the point of this? A little research, if you so care to do it, provides the answer.

“Lose Yourself” was the first hip hop song to ever win an Academy Award for Best Song. The original tune was written for the 2002 film 8 Mile, in which Eminem, real name Marshall Mathers, also starred. Since then, only two other songs from hip hop artists have won: “It’s Hard Out Here For A Pimp” from Hustle & Flow and Common’s “Glory,” which was sung with John Legend for the movie Selma.

Eminem has been an active participant in the music industry since the ’90s, selling more records than you could even possibly imagine. In fact, he is actually among the best-selling artists in the world, not just in the hip hop genre, but in any genre. Yes, he sits right up there in the top 30 with artists like Kenny Rogers, Shania Twain, Neil Diamond, Celine Dion, and U2.

Eminem made history with his Best Song award at a time when the hip hop genre wasn’t really being taken seriously among the Academy crowd (and some might argue it still isn’t.) Despite its aggressive style, the message in the song “Lose Yourself” is one we can all get behind. It’s about a young man ready to enter a rap battle in the underground scene in Detroit. As the only white male, he’s nervous and desperate for respect among the predominantly black crowd, and feels a sense of urgency to make it big so he can put a roof over his family’s head. “Better go capture this moment and hope it don’t pass him,” reads the lyrics. “You better lose yourself in the music, the moment you own it you better never let it go. You only get one shot, do not miss your chance to blow. This opportunity comes once in a lifetime.”

The song, which has an urgent style with clever rhyming throughout that is Eminem’s signature, remained number-one on the Billboard Hot 100 for 12 weeks in a row. It reached the top of the charts in 19 countries beyond the U.S., and has been named by Rolling Stonemagazine as one of the 500 Greatest Songs of All Time. It is certified Diamond by the Recording Industry Association of America (RIAA) (yes, Diamond) selling more than 10 million copies in the U.S., and has been downloaded 10 million times in the U.S. alone.

Eminem reportedly wrote it on set while filming the movie, writing down verses in between takes on a piece of paper. That very piece of paper is actually visible in the film during a scene where he’s riding on the bus.

Eminem might be a controversial figure and you might not enjoy his music, or disagree with many of his lyrics or personal life decisions. (Lyrics don’t necessarily reflect personal beliefs, just ask his friend Elton John.) But whether a style of music is your taste or not, every genre should be equally respected. One has to wonder if an artist like Celine Dion took the stage to sing “My Heart Will Go On,” her mega-successful hit song from the film Titanic that won for Best Song in 1998, or “(I’ve Had) The Time of My Life,” winner from 1988, was performed on stage, would people have had the same reaction? Would they have instantly made the Best Song connection (especially given the thoroughly entertaining retrospective look-back montage that led up the performance) or turned up their noses?

It’s unfortunate that, in this day and age, reputable news outlets delivered headlines suggesting that people were confused about Eminem’s performance, saying the artist’s career has hit a dead end (he just released a new album on January 17), or focusing on 18-year-old Billie Eilish’s confused face in the audience (she’s 18, people!) When they could have explained why this song was a perfect selection for the ceremonies and praised the artist for taking us on a walk down memory lane. Simple research provides a logical answer to inform the public instead of providing them with meaningless click-bait.

In any case, for a man who has sold more than 100 million albums and has an estimated net worth of $230 million, something tells me he doesn’t really care if people questioned why he was there anyway. “I been chewed up and spit out and booed off stage, but I kept rhymin’ and stepped right in the next cypher…” continues the song, which ends on a hopeful and inspirational note: “You can do anything you set your mind to, man.” 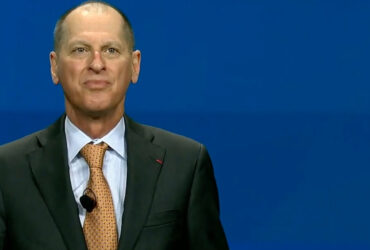 The U.S. consumer technology industry is projected to generate over ...

Posted by by John Thomson 7 days Ago 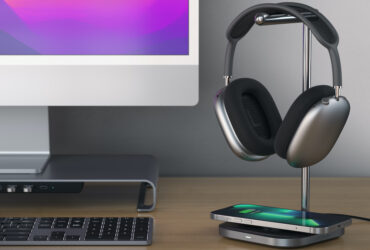 Many of us are working from home these days, and ...

Posted by by Christine Persaud 1 week Ago 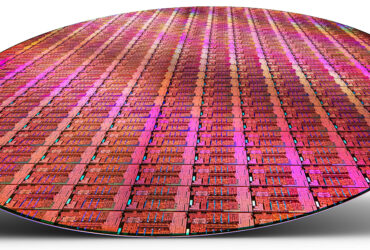 For Intel and consumers, disruptive is a good thing expanding ...

Posted by by Steve Makris 2 weeks Ago
Load More