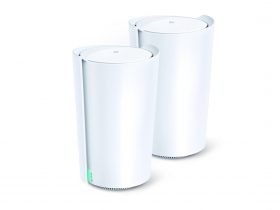 Fitbit, in conjunction with the US Consumer Product Safety Commission (CPSC), has announced a voluntary recall of Fitbit Ionic smartwatches due to a potential overheating that presents a burn hazard.

The Fitbit Ionic was introduced in 2017 and hasn’t been produced since 2020. According to the recall notice, there is a chance in limited instances that the battery can overheat, posing the risk of burn.

“The health and safety of Fitbit users is our highest priority,” reads the official recall statement. “We are taking this action out of an abundance of caution for our users.”

Fitbit will be issuing refunds to customers who have purchased a Fitbit Ionic, but notes that the issue is specific to that device and does not impact any of the brand’s other smartwatches or trackers. It is advised that if you own a Fitbit Ionic, stop using it immediately and follow the necessary steps for return and refund.

For information on how to receive a refund, which will be in the amount of US$299, visit the refund center. You can also receive access to a special discount on select Fitbit devices, bands, and services, for a limited time. You have 90 days to redeem the offer received after registering for the refund.