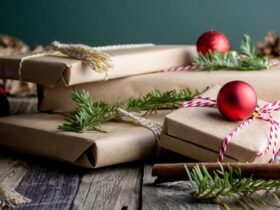 Some Canadians Showed Restraint, Others Over-Spent this Black Friday Weekend

Fujifilm is collaborating with the wildly popular K-pop group BTS for a special “BTS Butter” version of its Instax Mini 11 TM instant camera.

BTS, which consists of seven members, hails from South Korean. The group released their debut album in 2013, and since, have had multiple platinum-selling singles and albums along with a pair of Grammy nominations. Their song “Butter” was the top summer song of 2021 according to Billboard and serves as the inspiration for this new product.

The Instax Mini 11 TM BTS Butter version is finished in a buttery yellow hue with a colourful bezel and matching shoulder strap. There are also fun shutter button accessories, including a jeweled look and the Butter heart emblem.

Like all Instax Mini 11 TM instant cameras, the BTS Butter version includes automatic exposure function that senses the level of ambient light and optimizes shutter speed and flash output accordingly to result in better photos during both the day and night. It also includes Selfie Mode, activated by pulling out the front edge of the lens once the camera has been turned on.

Also accompanying the launch of this new instant camera is Instax Mini BTS Butter version instant film, featuring a vivid yellow border with the trademark BTS Butter heart insignia. The film will be available in single cartridges featuring 10 exposures each.