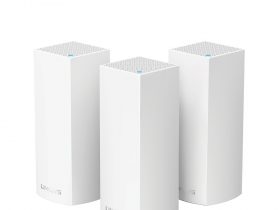 Fujifilm has introduced the newest addition to its X Series family of compact and lightweight mirrorless digital cameras, the X-S10.

Expected to be available in November with two lens kit options, the X-S10 has a 26.1MP X-Trans CMOS 4 sensor, and the highspeed image processing engine, X-Processor 4, as well as In-Body Image Stabilization (IBIS).

the previous, similar X Series model. It weighs just 465g and delivers up to 6.0-stops of five-axis image stabilization. It is also the first mid-range X Series camera to use a motion sensor retention mechanism, which is a mechanical shock absorber that guards against slight vibrations that may come from the shutter unit, adding another level of stability beyond what was previously available in X Series products to ensure that image clarity and resolution are maintained.

grip, making it easy to keep the camera stable when large lenses are mounted. The design also features a magnesium-alloy front and top-plate to keep the body rigid.

The X-S10 features 18 Film Simulation Modes, including ETERNA Bleach Bypass, which creates a

X-S10 is equipped with high-precision Tracking AF for moving subjects and Face/Eye AF function to track a subject’s face and eyes. It offers blackout-free, high-speed burst shooting of 30fps with the electronic shutter and 8fps when using the mechanical shutter.

The vari-angle LCD monitor and viewfinder supports three Boost modes. It can  rotate up to 180 degrees, making it useful for selfies but also for stills and videos taken from various camera positions. The viewfinder’s Live View function has three Boost modes available, including Low

The X-S10 generates 4K video from the amount of data equivalent to 6K to ensure the footage is in high resolution with low noise. It supports recording 4K/30p 4:2:0 8-bit video onto an SD card inserted in the camera, and outputting 4K/30p 4:2:2 10-bit video via the HDMI port. The X-S10 camera is also capable of high-speed full-HD recording at 240fps, producing up to 10x slow-motion footage of a fast-moving subject’s split-second motion.

In addition to X-S10’s IBIS, its Digital Image Stabilization (DIS) mode compensates for camera shake even when walking with the camera. Adding IS Mode Boost provides even more stabilization, nearly eliminating camera shake when it is used from a fixed, hand-held position. With a dedicated movie recording button on its top-plate, you can start recording video even when the camera is set to stills mode. It will also automatically set exposure and focus settings if the camera is in an AUTO shooting mode. 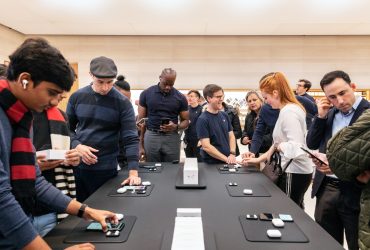 Looking for a new phone or gift for the mobile ...

Posted by by Christine Persaud November 30, 2020

Looking for the perfect gift someone can add to their ...

Posted by by Christine Persaud November 26, 2020 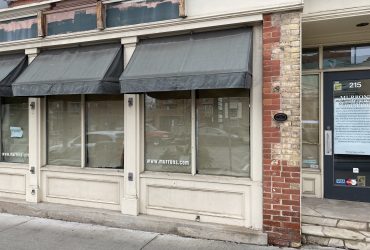 –- Advertisement -– In the wake of the lockdown restrictions ...