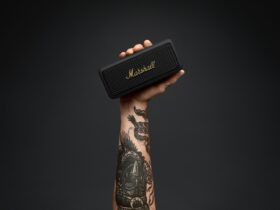 Google has taken the wraps off its latest phone, the Pixel 4a, as well as upcoming devices, including a 5G version of the device as well as the Pixel 5. The Pixel 4a will launch later this month while the 5G-enabled 4a and 5 will launch in the Fall.

The Pixel 4a, which will start at just $479, has a camera with a redesigned hole punch design, HDR+ with dual exposure controls, Portrait Mode, Top Shot, Night Sight with astrophotography capabilities, and fused video stabilization.

Available in Google’s Just Black matte finish, it has a 5.8″ OLED display and Pixel’s colour pop power button in mint. There are also a series of fun custom wallpapers that make use of the punch-hole camera.

Interesting new features include Recorder, which connects with Google Docs for saving and sharing transcriptions and recordings (in English only), along with the Personal Safety app for real-time emergency notifications.

Live Caption provides real-time captioning (English only) for your video and audio content. New with the Pixel 4a launch, and available for Pixel 2, 3, 3a and 4 users, Live Caption can also automatically caption voice and video calls.

Google Assistant is available on the device as well to help with multitasking across apps, finding photos, sending texts, and more. There are new experiences in French, German, Spanish, and Italian as well as Engligh, with more languages coming soon.

The Pixel 4a has a Qualcomm Snapdragon 730G Mobile Platform, Titan M security module for on-device security, 6GB of RAM, 128 GB of storage, and an all-day battery.

The phone is available for pre-order in Canada from the Google Store, and can be purchased outright or traded in for up to $180 for select devices. It will sell through carriers starting September 10, including Bell, Rogers, Telus, Freedom Mobile, and Videotron, as well as retailers like Best Buy. You can also purchase a new fabric case in three colour options to protect the device. The phone will come with a three-month free trial to YouTube Premium, Google Play Pass, and Google One when signing up for a recurring subscription.

The Pixel 4a 5G will sell for $679 and the Pixel 5 pricing is TBA. More details will be shared about these two devices in the coming months.