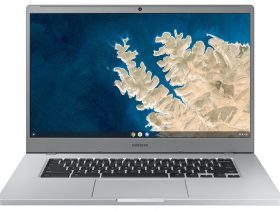 Google launched its own VPN service in the U.S. late last year. And now, the service is officially available in Canada to Google One members, as well as in Mexico, the U.K., France, Germany, Spain, and Italy.

The available plan includes 2TB for $14/mo. or a flat annual fee of $140/yr. and can be used on an Android phone via the Google One app. Subscribers also get access to Google experts, the option to add family members, extra member benefits, and 10% back in the Google Store. (In the U.S., the 2TB plan is US$10/mo. and US$100/yr., and they also have 100 and 200 GB plan options for less.)

Using the VPN, as with any other, you can surf the Internet and ensure that all of your data is safely secured and encrypted. Many people, of course, use VPNs for other reasons as well, like to get around geo-blocking on websites. If you’re in the U.S. for a trade show, for example, but want to access a Canadian streaming feed, using a VPN can make it seem as though you’re still located in Canada even if you aren’t.

Since its launch, Google says the VPN has undergone several updates to enhance security and privacy. Members can set up their phone to only use the Internet when the VPN is on. If the VPN is disconnected, Internet access is blocked until the VPN reconnects. When the VPN is connected, members can still allow traffic from some mobile apps to route over their regular Internet connection instead of the VPN’s encrypted tunnel. There’s also a convenient snooze button for temporarily turning off the VPN when needed.

The VPN was certified by the Internet of Secure Things Alliance (ioXt), making it one of the first apps to receive the organization’s stamp of approval, passing all eight of its security principles. The VPN also underwent an independent audit, which found it to have “a very robust security posture.”

Google says that versions of its VPN are “coming soon” for iOS, Windows, and Mac.