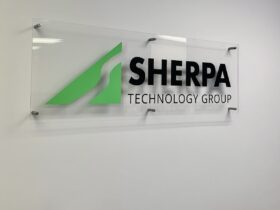 Just under 17 million people tuned in to the Oscars this year which is actually pretty good, for it represents a 60% bump in viewership from a year earlier.  The 17 million number includes streaming and digital views and who knows if 17 million individuals actually watched the full show or just tuned in to Will Smith having a complete public meltdown?  While 17 million is an impressive number, compare that to the 114 million who watched the NFL Super Bowl in February or the nearly 17 million that watch Sunday football every week during the season.

While the Oscars have been losing relevance for years as they grapple with gender politics, racial division and so on, the biggest problem is that the Academy is totally out of touch with what people are actually watching.

This year best picture nominees included Coda (the winner), Belfast, Don’t Look Up, The Power of the Dog, Licorice Pizza among others and here’s the rub; take all the Academy Award best pictures combined and the total box office revenue according to Forbes, is about 25% of the $800 million that the latest Spider-Man movie has brought in so far.  None of the ten best picture nominees for this year’s Oscars also made it on to the list that really matters of the Top ten grossing films. Those films include Spider-man, Bond’s No Time to Die, F9 from the Fast & Furious franchise to name a few. Eight of the ten highest grossing films are in the action category and only one falls into the comedy category; Ghostbusters: Afterlife, a movie on it’s own that took in half of what all the Oscar movies combined took in at the box office.  King Richard, arguably the most talked about movie at this year’s Oscars has a box office gross of around $15 million.  Yes I know, art should not be tied to revenue, but really what the Academy believes is critically acclaimed is worlds apart from what movie-goers categorize as a good movie.

The Oscars has become a show that celebrates the movies that nobody has seen.  Another challenge that will only get worse from this year on, is that the day when you went to the movies to see a movie are all but over. Now to view an Oscar contender, you must have subscriptions to Netflix, Amazon, HBO and Apple (oh how I wish Netflix was the only game in town – things were so much simpler five years ago).  Five of the ten best picture films came from streaming services. Indeed, this year’s best picture winner CODA makes Apple the first streaming service in history to win an Oscar for best picture, beating out Netflix’s Power of the Dog that was the movie most expected to take the statue.

We used to watch the Oscars for the Hollywood glam and to cheer on movies that most of us have watched. Now Hollywood’s biggest names show up shirtless or wearing short shorts and it has as much relevance to most viewers as watching the National Plumbing Association hand out awards for best pipe fitting.  How’s that for a slap in the face?