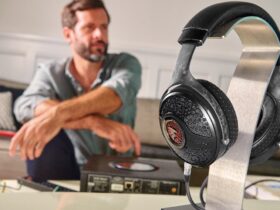 Yesterday, I received a text stating that my refund was ready to be processed and to click “here” for details. Later, I received an email stating that there had been suspicious activity on my RBC account and I should “click here” to immediately change my password to avoid any further fraud attempts. I don’t have an RBC bank account and I am not expecting any refunds, so these were obvious phishing scams that are annoying and unwanted communication activities so I ignored them. Scammers figure if they send millions of texts and emails arbitrarily they will find someone who banks at RBC or is expecting a refund. These are examples of intentional scams and the internet is a breeding ground for sinister fraudulent behaviour. Some frauds are less invasive and not designed to steal your money but to steal your brain. These are the scams of disinformation and push out “news” or rumours, or a government agenda. designed to get you give merit to conspiracy theories or to get you to question the message of the main-stream media. Things like Covid vaccines cause young women to be infertile, Russia’s war in Ukraine is to free the country from Nazis and mass shootings at schools are staged by actors working for the U.S. anti-gun lobby are all examples of misinformation.

A few weeks ago, I received a well-informed email from a data-service company called Tidio with tips on how to spot fake news. Sadly, when you receive an email from a company you don’t know we have become programmed to think that the email on how to spot fake news is in itself fake news. It’s hard to know what to trust when digital media if full of bad characters. Tidio seems legit and is a company that runs customer service tools that are embedded in platforms such as Shopify and WordPress. I also looked for secondary sources to confirm some of the data that Tidio was supplying and found that the content could be validated. A key takeaway from the Tidio data is to know the difference between disinformation and misinformation:

According to Tidio, bot farms (those text blasts to millions or pre-recorded phone calls like the RBC example above) and social media play a huge role in spreading fake news and disinformation. Platforms like Twitter or Facebook allow users to share stories without verifying their sources. Anyone can share information whether it is true or not and many of social media users believe what they see online without questioning it which in turn becomes what we now know as “fake news.”

Fake news can come from a variety of sources. For instance, “clickbait” websites deliberately publish sensational or exaggerated stories to get people to click on them. You have probably seen online ads with headlines like “You won’t believe how these celebrities look today…” Many of these websites make money by running ads, so they have a financial incentive to publish fake news with headlines to entice you to keep clicking.

There are a lot of different reasons someone might spread fake news and disinformation. Some people do it for financial gain, others do it to promote their political or social agenda. Still, others do it simply to cause chaos and confusion. According to Tidio, the most common examples of fake or misleading stories evolve around; false news stories connected with internet scams and “get rich quick” schemes, debunking climate change and environmental concerns related to traditional fuels, misinformation related to COVID-19 and vaccinations such as miraculous remedies, pushing political agendas or discrediting political opponents and most recently war propaganda and information warfare.

This recent Tidio survey showed 87% of social media users believe they have encountered disinformation bots. More than half of them (55%) have reported suspicious activity online at least once. While 61% declare they can spot disinformation, most of them (67%) had problems deciding if the examples Tidio used in their survey were posts from real people or originated from propaganda bots. Additionally, over 65% think that social media should add features explicitly for reporting fake news disinformation and war propaganda.

The biggest takeaway is to recognize that not all sources are reliable and to be wary of content that comes from an unknown, sources which is why I sat on this data! One quick way to question content is to verify what you are reading with other sources before using it or passing it on like I did with the Tido numbers against other news sites that I know to be credible.

Fake news spreads six times faster than real news and is 70% more likely to be retweeted according to Tido. Below are some takeaways to assist you in know if what you are reading is true or fake. The full research can be viewed here.