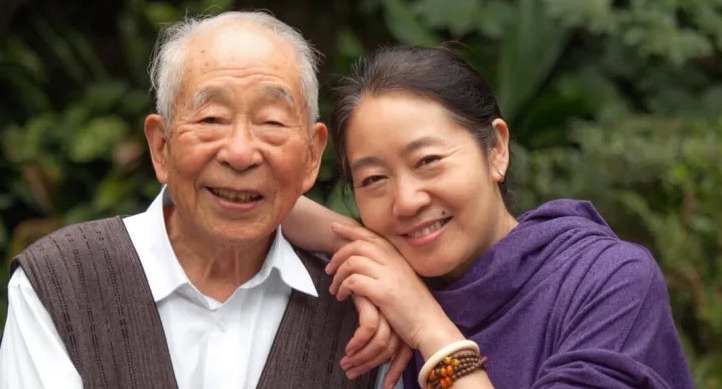 Recently I was invited for 1:1 chat with Huawei Canada President Simon Li at the Huawei Technologies and Showroom  Centre in Toronto.

Li is credited with stewarding Huawei Canada’s consumer transition away from phones after the U.S. Government imposed a trade ban on Huawei phones using Google Mobile Services in May 2019.  Since then, subsequent Huawei phones like the Mate 30 Pro series followed by the P40 Pro series launched with an older license-free Google Android OS (minus the key Android services like Play Store, Maps and Gmail) and Huawei’s own Harmony OS and the new AppGallery. Although not in the U.S. anymore, both phones were sold in Canada. Currently, only the P40 and P40 Pro are offered on the Canadian site.

Simon (Shilong) Li has a bachelor’s degree in Computer Science and an MBA followed by becoming a senior software manager for Dell Technologies in Shanghai. He joined Huawei in November of 2009 as a senior product manager in Shenzhen. Next, he joined the Huawei Device Team in the U.S. as a director of product management in Dallas/Fort Worth for over six years. After that, he served as director of GTM (Go-to-Market) of the CBG division in Vienna, Austria. In October of 2018, he became the director of GTM in CBG Canada in Toronto for over two years, continuing as the Head of the Eco-system Development team in Canada. In 2020 he was promoted as the President of CBG Canada, a position he still holds.

What is your mission statement?

Our mission is serving our consumers in the Canada market whether it’s a smartphone, PC or wearables. We bring our innovative products to the Canadian consumer.  Right now everyone understands we have difficulties bringing new phones to the Canada market but we are expanding our portfolio into different new categories we never touched before as you can see here with our new monitors and PC’s. Our vision is to bring digital to every person, home and organization for a fully connected, intelligent world.

You go after moonshots with your products. The latest Huawei Watch GT 3 Pro series feature Free Dive mode down to 30 m in salt water (the watch meets the 5 ATM EN13319 diving accessories standard) Why?

By adding the saltwater option, we were able to technically accommodate the 30 m free diving water resistance. We decided to accommodate as many users as we can.

I noticed you still have your unique several years-old GPS Root Back, in the newest watches. What’s so special about that?

I think its important if you are on a trail path and if you forgot where you come from it’s very convenient for you to just go backwards following the watch’s screen.

Where do the product feature ideas come from in Huawei?

We have a giant smartwatch health and fitness facility in China where we test our new features. But our esthetics, materials and design are done in London.

Why are Canadian Telco’s not implementing eSim on Huawei eSim-capapble watches allowing them to make and receive phone calls on the same number of their smartphones from anywhere? They do so with iPhone and Samsung eSim capable wearables.

It has nothing to do with 5G but it’s likely a volume-based issue.

Has the Huawei phone issue (since the US-led Google Services ban and 5G services) affected Huawei Canada in terms of consumer service and R&D?

The biggest impact for us is still the phone business. Other than that, everything is usual. As you know, we are switching our focus from phone business to other categories. That’s a big change for us.  As for Customer Service, we keep providing the same level of attention to our users in Canada.

During this switch are you still using some of the brilliant Huawei smartphone designers?

I think that the DNA for Huawei is to keep innovating phone technologies to other categories. Many of our first-to-market phone features like power sharing and in-screen fingerprint scanning come from Huawei phones. This led to new industry firsts like wireless charging a smartwatch from another phone using Power Share. Our laptop PC power button with a built-in fingerprint reader on the power button was unique allowing for a quick and easy one-button start-up and signup.

I know you love all your consumer product line but if you had to pick one, which product are you most proud of?

For myself, I love all our watches.  Not every OEM can make a watch battery last for two weeks with a moderate set of health features turned on.

How are your Canadian consumer product sales doing?

We are pleased with the range of store outlets in Canada from big box stores like Best Buy, Costco, Amazon, Visions as well as a store-in-store Canada Computers & Electronics online with Newegg and more. We are eager to work with all these people.

Is it challenging to deal with customers when the big Google phone elephant is in the room?  People flippantly saying, as they do to me, that even my Huawei smartwatch is spying for China. Does that bother you?

Not really. With challenges everywhere, I think its hard for me to change everyone’s different perceptions. People are influenced by newspapers and different reports even if some of them are untrue…but for us, keeping our spirit for serving Canadian consumers has never changed. Huawei Canada is an entity here. We have been here for 15 years. We will do our daily jobs by trying our best, serving Canadian consumers and let them know how good our product is, the quality and what amazing features we bring to market.

(Laughs) we just launched our newest phone! But you will see some exciting new products next year.

Shortly after the interview Huawei announced wearables with new and unusual features currently only available in China:

Huawei Consumer BG, one of Huawei’s three business units, is the leader of the all-scenario AI life. It covers smartphones, PC and tablets, wearables, mobile broadband devices, family devices and device cloud services. Huawei’s products and services are available in more than 170 countries and are used by a third of the world’s population. 14 R&D centres have been set up in countries around the world including Germany, Sweden, France, Italy, Russia, India, China and Canada, covering smartphones, PC and tablets, wearables and cloud services, etc. Huawei’s global network is built on over 30 years of expertise in the telecom industry and is dedicated to delivering the latest technological advances to consumers around the world.

About the New Huawei Matebook 14s

It features new Huawei Sound for the first time producing an impressive surround-sound experience via four built-in speakers with clear treble and punchy bass. It excels in business meetings with Quad-Mic Voice Pick-up a full 360 ° around up to five meters away. The Personal Voice Enhancement uses AI noise cancelation filters out other’s voices during meetings and calls. The 1.5mm high key travel is responsive but comfortable with a soft-landing design while the 3-level backlighting feature kicks in automatically.

The 11th generation Intel Core H-Series i7 processor and Intel Iris Xe Graphics ramps up to 45 W of thermal design power in Performance Mode. Yet it stayed cool on my lap thanks to the Shark fin dual-fan system, 25% greater air intake than previous models, via a hinge inlet design and expertly positioned full-copper heat ducts ensuring it stays cool even when power consumption is at its highest.

Although the MateBook 14s is a fully running Microsoft Windows laptop, it has a unique access relationship with Huawei devices that connect by touching the center keyboard, like phones, tablets, Bluetooth mice and the 4K Mateview monitor.  But non-Huawei device owners can use the Matebook 14s like any other Windows laptop.  With Microsoft Phone & Link Samsung  (or any Android Phone) you can synch your phone with the Matebook, back up your photos, see and edit phone files on the Windows screen, even make and receive calls on it or reply to TXT messages. (see above photo)

There! All this from a company who built the best Camera Phones. The Matebook 14s is not an exotic looking laptop but is thoughtfully loaded with features that go beyond good looks. It’s sibling Matebook 14 has smaller screen resolution with fewer cutting-edge features like touchscreen and the media sound package.

The last fully Google Services Huawei phone, still available today in refurbished or new is the P30 series $250-$450, launched in Paris in March 2019. I can personally attest to it still being one of the best photography centric smartphones made in collaboration with German photo giant Leica. The P30 Pro, ahead of its time, can still challenge today’s phones with spectacular astrophotography.

Since the recent launch of the Huawei Mate 50 series in Malaysia, anyone can easily setup access to Google Mobile Service, despite the US ban, including Google Drive via the Lighthouse app, which is available to download on Huawei’s AppGallery. Previously Huawei Mate30 and P40 users wanting a full Google phone experience relied on the somewhat clunky GSpace workaround which understandably most consumers avoided. Not to mention that in the last three years other smartphone brands have caught up to Huawei phones, even duplicating Huawei technologies, but not in everything. I can attest to the P40 and Mate30 series mentioned above, capturing super wide angle mode photos that the newest Samsung, iPhones and Google Pixels can not even come close to with less distortion and much more edge-to-edge sharpness.