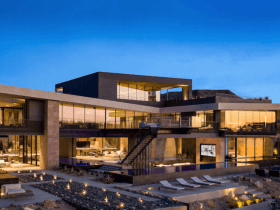 The presentation which can be replayed emphasized Huawei’s take on the IoT (Internet of Things) featuring seamless connected Huawei devices as well as third party makers of kitchen appliances, exercise machines, cars and more.

“One as all, all as one. We are living in a world where all things are connected and intelligent. Not a single one of us can remain immune from this world,” said Richard Yu, Executive Director and CEO of Huawei’s Consumer Business Group. “The launch of our HarmonyOS and a range of products powered by this groundbreaking system is another example of our relentless efforts to deliver the best possible user experience with a forward-looking approach.”

The telecom giant pointed out most of the rapidly growing number of smart devices don’t provide a smart experience due to siloed systems, complicated interconnectivity and operations, which have ultimately led to a fragmented user experience. It cited only 10% of users install apps for their devices and only 5% actually use it.

How HarmonyOS Will Seamlessly Intergrade Devices and Services

HarmonyOS uses distributed technology providing a common language for devices of any size from cars to speakers providing a more convenient, smooth, and secure experience. It’s new Multi-device Control Panel supports simple and intuitive connections through a drag-and-integrate feature that allows users to freely connect the devices they want based on specific scenarios.

Examples showed using your smart watch to lock or unlock cars, mapping without a phone or a notification to when you should get off the bus.

Huawei HiLink has been upgraded to HarmonyOS Connect to equip more non-Huawei devices with smart features. Smart home devices can be connected to your mobile phone with a single tap: Tap your phone against a HarmonyOS-based Midea oven and select a recipe to start preparing your meal instantly. Keep your leftovers safe for longer with Haier refrigerators that automatically adjust their temperature based on the type of food you’re storing. And get the perfect soymilk for your body with Joyoung soymilk machines that can recommend recipes based on the data in your Health app. When working together, these connections can turn your kitchen into a personal health coach.

One Super Device can be watching a movie from your phone late at night. All you have to do is drag phone icon to the smart screen icon and the movie jumps directly from your phone to the TV. Your HUAWEI FreeBuds 4 would automatically switch from phone to smart screen with a simple drag on your phone screen Control Panel.

Users can generate Service Widgets that display in real time from apps that are not even opened. Service Widgets can also be used to access Atomic Services which can be called on without the need to download or install anything making it easier and more convenient to access functions like news.

HarmonyOS improves the user interface smoothness by maintaining read/write speeds similar to those of a new phone after 36 months of use, even with very little storage still available on the device.

Security in a World of Interconnected Devices

It further builds on its products’ security technologies allowing only the right person can access the right data with the right device, ensuring the security of each access to each device, as well as the security of each act of storing, transmitting, and using data across all scenarios. When multi-device collaborative identity authentication is activated, users can only unlock their phones with a combination of facial recognition on their smartphone and a special check that ensures the watch the user is wearing is connected to the phone

Huawei plans to update more than 100 of its phones in China. The rollout will also start in other countries including Canada. The Huawei P30 series was the last phone launched two years ago with the full Android Mobile Services including and the Play Store which is expected to remain. Subsequent models run on an “thinner” Android OS, not affected by the ban, and Huawei’s own EMUI user interface layer, and off course, HarmonyOS 2.