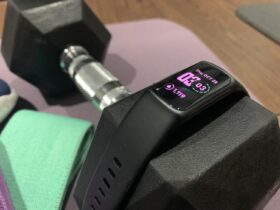 Huawei’s newest P40 Pro flagship phone launches in Canada today. It’s designed to push quality mobile photography and videography for serious enthusiasts. After three months and thousands of pictures, I can say it will not disappoint. And it’s easy to use.

The P40 Pro is available at select carriers and retailers including Bell, TELUS, Videotron, SaskTel, Koodo, Virgin Mobile, The Mobile Shop, The Source , Visions and more with an MSRP of $1,499.99 in Black or Silver Frost. Check specific carriers or retailers for pricing and plans. The P40 with an MSRP of $849.99 will also be available in black in a few weeks. Both phones will have a Huawei gift with purchase, a Huawei GT2 watch and 50 GB Huawei Mobile Cloud storage for one year.

Huawei’s close working partnership with German camera and lens giant Leica cements the P40 Pro as the smartphone of choice if photography is high in your mobile phone priorities. Leica and Huawei incorporated more than enough visual improvements and functionality compared to last year’s P30 Pro to earn its “40” series. Huawei has a distinct advantage over other phone makers because of Leica’s optical, sensor and colour system input on the P and Mate series phones.

The biggest disappointment in the P40 series (the P40 and P40 Pro+ will arrive here later) is the absence of Google Mobile Services cloud storage, Play Store, Google Maps and more due to the US imposed trade ban on Huawei. Huawei has addressed this issue with its own similar services and apps.  See my accompanying take on how that works at the end of this article.

The P40 Pro uses a Quad camera configuration comprised of multiple lenses and sensors for a very seamless end-user experience shooting from super wide to 50X telephoto images. Increasing the size from the P30 Pro’s 10MP to 12MP for the most used shooting range is a huge improvement. This allows for more image enlargement and impressive detail.

What Else Can These Cameras Do?

Besides good quality point and shoot photography the P40 Pro is armed with AI and eyepopping features to make photography fun and rewarding.

The phone feels comfortable in your hand with strategically placed quad-curved rounded edges for protection and is easy to hold from the edges, thankfully with a minimalist edge curved screen. The screen is easy to look at with a new 90Hz refresh rate. The P40 has a 2340×1080 6.1” diagonal display while the Pro and Pro+ has a 2460×1200 6.58” diagonal display.

The all-in-one Huawei Kirin 990 5G chipset delivers with battery saving power efficiency and off course 2G/ 3G and 4G is supported too. It supports Dual VoLTE and is eSim ready doing away with pesky SIM cards.

Gaming is upgraded too with16 Core Mali-G76 Graphics support for smoother fps gameplay from casual to MMORPG (massively multiplayer online role-playing games) and according to Huawei is 39% more powerful and 32% more efficient than last year’s chip with 58 fps performance. Huawei SuperCool Graphene Cooling system noticeably keeps the phone cool to the touch.

Not the largest batteries anymore but size-balanced for the phone’s efficient chip performance, meaning not running out of power on a full day. The P40 Pro has a 3800mAh battery while the P40 Pro and Pro+ have 4200mAh capacity. An assortment of Huawei SuperCharge technology including wireless, typically chargers up from 0% to 70% in 30 minutes without long term damage to the battery. The P40 comes with a 40W USB wired charger. Are you listening Apple?

Celia, Huawei’s new voice assistant, for Huawei’s growing Google-less phones, comes in five languages, supported in 8 countries bringing a new dimension for voice command, like asking “Hey Celia – where can I buy these from” showing a picture of an item on your screen. It will be available in Canada shortly.

Due to Huawei’s placement on the US entity list banning the Chinese telecommunication giant from doing business with US companies like Google, the earlier Mate 30 Pro and P40 Pro launched in Canada without Google Services.

Both phones run on an open source Android 10, exempt from the US ban with a Huawei designed skin layer called EMUI version 10. It’s actually quite slick at par with the “fat” Android and iPhone userface experience.

Huawei accelerated its own Huawei Mobile Services (HMS) to provide its own cloud storage for storing and sharing files – including pictures, contacts, browser, calendar and notepad settings between Huawei devices. For example, through my Huawei account, I have the P40 Pro and last year’s P30 Pro, a full Android Google services phone, on the same HMS account. I can add a Huawei tablet or Huawei Windows laptop.

So, like full Android and iOS, AppsGallery timely apps-like calendars and emails are intertwined between devices.

The P40 series use Huawei’s AppGallery instead of Android’s Play Store.  Although a distant third to the Play Store and iPhone App Store (remember, they started small too) AppGallery has made big strides on sourcing a lot more apps than its own core 17,000 apps for Canadians .

There are four Huawei sanctioned ways to get apps on the Mate 30 Pro and P40 Pro for Canadians:

Huawei believes the potential of attracting current app publishers to the AppGalley which provides access to Asian mobile users should not be overlooked.  “App publishers would be very interested in a market that’s been closed off to anybody outside of China with a population that is just massive,” said Lipper.

Here are the most recent “Canadian interest” apps recently added to the AppGallery:

Petal Search App Finder can find more than one million app from various sources. Easily accessible as an onscreen widget. It gives you the best download source if there are multiple ones (AppGallery always No 1 source if the App is available there). In the “Me” section in the Petal Search you can see all your Apps you downloaded in one place and you see “UPDATE” button if there is an update available. You can do the update in one click. Check out Huawei’s graphic summary below.

Frankly, my favourite source for just about every app in Google’s Play Store is a reliable independent source like www.APKPure.com from where you can download the APKPure app for literally millions of safe apps normally found on Android Play Store phones. I have used this site for years. An overwhelming majority will run on the Mate 30 and P40 Android 10 phones. Since they are outside AppGallery’s tighter security service envelope, these APKPure apps will run fine but not necessarily updated as frequently. Petal Search often sources apps from APKPure but also has a wider radar view of available apps.

Bottom line: as the best camera phone on the market, is the P40 Pro worth leaving the comfortable Google or iOS community?

If you just like your current phone and don’t want to take chances with the new kid on the block, stop reading.

If you want to make an effort to weigh the pros and cons, read on.

Ask yourself. If you are comfortable switching between iPhone and Android worlds why not look at a third option that might still fill your needs topping it off with the best camera phone around?  As a purist photographer and a still healthy septuagenarian with much to look forward to, I see everything a phone does being swept aside and be long gone as time goes by…except the best quality and hard to get timeless photographs of friends, loved ones and years of travel.

If you have questions on whether the Huawei AppGallery can fill your needs, you don’t need to make the switch now. Afterall, the P40 Pro is not cheap. You can install AppGallery and its million app Petal Search app on your existing Android phone which can co-exist with the Play Store and check out its app base, including Petal Search.

Here’s how: Download the AppGallery app from the Internet with your phone, not Play Store, as its not there. Install it, ignoring your phone’s warning and allow it to continue installing. You will be prompted to start a Huawei account with your email and new password. Accept Canada as your AppGallery country region and use your existing phone number to receive verifications.

Look for what apps are available on the AppGallery world. APKPure, mentioned above, will show up in Petal Search, basically duplicating what the Play Store has. If you can’t find your “must have” apps in AppGallery and Petal Search then you can keep your existing phone and move on.

But if you you can live with what AppGallery has to offer and like Huawei Mobile Services cloud features, your next step is to make the leap for the P40 Pro and never look back…except at those amazing pictures and videos you took!