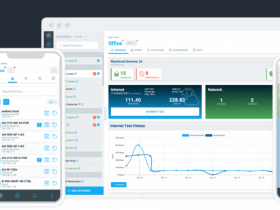 Intel Israel, the chip giant’s biggest partner and closest collaborator hosted a group of global journalists two weeks ago, including this author. We saw the new flagship Intel Core i9-13900K, launching today, in action against the best competiton AMD offers. We visited the IDC centre one of Intel’s key design hubs, meeting with designers and engineers and saw live testing of various stages of the all-important process of creating the Core i9-13900K processor as well as post silicon testing and verification of the finished chip before it ships to OEM’s. We witnessed a Core i9-13900K processor being drenched with liquid Nitrogen while overclocking to 8.211 GHz at 1.7V to our collective giddish applause.  And off course stepped into the Fab 28 clean room cocooned in multilayered Intel Bunny suites, and walked the fabrication line, inches away where the processor is literally born on a 2mm thin Silicon wafer (during a 55-day “gestation period”) with billions of transistors.

Intel plans to ramp up chip production to surpass the 12th Gen launch with a full family of CPU models across both mobile and desktops. It made enhancements that will deliver significant single and multi core performance for desktops and power efficiencies for notebook users.

Although the new 13th Gen processors code named Raptor Lake, feature similar P-cores and E-cores in the 12th Gen chips there are important improvements for consumers and professionals.

In Israel’s Intel facilities we saw live gaming benchmarking pitting the Intel Core i9-13900K against AMD’s best 7 5800X3D with similar memory (DDR5 for Intel and DDR4 for Ryzen) and graphics cards running The Riftbreaker game while simultaneously decoding and streaming the game through Twitch. Intel outperformed (normalized to the 99 percentile FPS for Ryzen) showing a marked visual improvement in the one percentile on the Intel screen. Additionally, the Intel setup was also taxed running Adobe Media Encoder encoding a 4K high resolution video at the same time while tha game was running. Impressive.

Big Improvements Across the Stack

After shipping more than a million gen 12 processors at the end or 2021, Intel intends to ship even more gen 13 chips this year to 149+ OEMs across 30+ countries in 70+ Z90 motherboard designs starting in mid October.