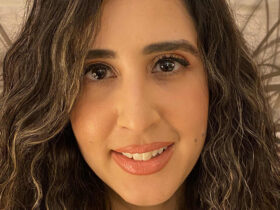 Intel is back in the game taking a lead with its new 12th Gen Alder Lake processors. This after a troubling hiatus with older manufacturing technology losing ground to AMD’s aggressive Ryzen 9 5000 X 7 nanometer series that had become the PC enthusiast’s favourite go to processor.

But things change as these two chip giants slug it out back and forth. I have been using my newly built evaluation 11th Gen Intel Core i9 – 12900K for a month noticing clear improvements and then some. In summary, Intel takes back the crown for gaming enthusiasts and creators with faster processing, lower running temperatures, lower power consumption and impressive benchmarking results. All this and cheaper than its competitors.

The previous Intel 11th Gen Core i9-11900K Tiger Lake which launched last spring was fast – and still is – in terms of a single core gaming screaming to 5.3GHz. It basically came pre-clocked to run most applications at 4,800 GHz along with higher-than-average temperatures and power consumption. When approaching maximum performance, the cooling fans roared away.  But it lacked multi-tasking power with far fewer cores leaving AMD’s multicore processing prowess the choice for consumers who wanted it all.

Intel made important changes in its 12th Gen processors making it difficult to compare tech specs on paper with competitors. Gone are X number of cores doubling up with an equal number of threads. The Core i9 – 12900K for example, has 8 “performance” and 8 “efficient” cores and a total of 24 threads. It leverages revolutionary Thread Director Technology, a new performance hybrid architecture that integrates two groups of cores into a single CPU. Performance-cores or P-cores are built for performance across singe and lightly-threaded workloads, enhancing activities like gaming and productivity. Efficient-cores or E-cores are optimized for multi-threaded performance, minimizing interruptions from secondary tasks. Intel Thread Director basically manages workloads, sending tasks to the best core for the job. Hey, what happened to the rest of the 8 threads in that Intel Core i9 – 12900K processor? No one cares as the benchmarking results with the new 10 nanometer manufacturing processor are raising eyebrows. The chip giant has managed better performance scores in the majority of benchmarks by 10% compared to AMD which still manages well in extreme multi-tasking. The Intel 12th Gen chipset also supports the much faster PCIe 5 card slots ready for the next generation of graphics cards as well as DDR5 memory, both with much higher throughput.

Here are some of my benchmarking results comparing my previous Intel 11th Gen CPU to my current 12th Gen CPU, both with the NVIDIA RTX 3080 graphics card, Windows 11 with all OS/Benchmark Apps Including Office 365 and Adobe CC updated to current.

Should I upgrade my PC?

Observations: The 12th Gen Intel processors are more affordable with about 10% better performance than AMD, But the added cost of more expensive DDR5 memory and new model motherboards outweigh the current Investment AMD chip owners have on DDR4 memory and motherboards that can easily be used with all current Ryzen chips. Both top processor brands will work for anyone seeking the fastest computing.  But if “future-proofing” is your priority then check out Intel’s 12th Gen chip impressive Thread Director Technology above, with included DDR5 and are PCIe 5 expansion card support. Not to mention Intel gives you a choice of built in Intel UHD Graphics driven by Xe Architecture graphics. Not for extreme gaming, but you can plug that monitor in while you wait for that pricey graphics card. AMD fans might have to wait for those features and more in AMD’s next major processor and motherboard model, confirmed next year – the Zen 3 (Ryzen 5000) chip line will be upgraded with a revolutionary new V-Cache technology, and the next-gen Zen 4 architecture will debut as well. This also means a new motherboard. If you are OK with your current PC, I advise you wait. If anything, add more RAM and a new hard-to-get good graphics card (or more affordable 60 to 70 percentile performance) that will improve your computing experience now. Then see how the latest processing technologies from Intel and AMD play out in 2022. See you then!